Look out, Genoa City, REAL HOUSEWIVES OF BEVERLY HILLS star Erika Girardi is returning to THE YOUNG & THE RESTLESS as Farrah Dubose for another appearance! E! News is reporting that her episodes are scheduled to air on Monday, June 4, and Wednesday, June 6, and the real estate agent will be helping someone find a new bachelor pad. Could Kyle be looking to strike out on his own?

Sponsored
Doing This Every Morning Can Make You Feel Better All Day Long
Dr. Gundry explains exactly which foods to eat — and which to avoid — to help you lose weight, support digestion, and feel more energetic.
Learn More

The REAL HOUSEWIVES star, known professionally as Erika Jayne, has made two previous appearances on Y&R. She made her debut as realtor Farrah Dubose back in December 2016. The cameo role was a gift from her HOUSEWIVES co-star Eileen Davidson (Ashley), who appeared with her in the scenes. 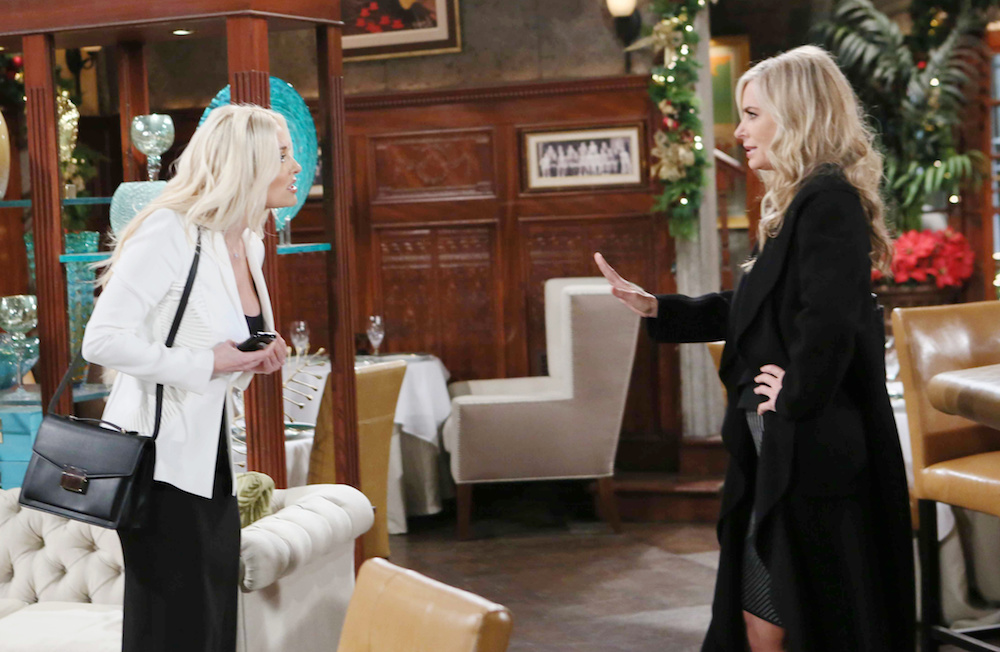 Both Davidson’s offer of the role and Girardi’s first appearance on the soap were featured in segments on the popular Bravo reality series. In the episode, Ashley accidentally spilled coffee on Farrah, and the two got into a brief catfight before Ashley apologized and offered to pick up her dry-cleaning bill. However, after three seasons on the Bravo reality series, Davidson chose to leave the show.

In her last apperance in April of 2017, Girardi’s real estate agent found herself caught in the middle of Jack and Abby’s battle over property when they both wanted to get their hands on a particular warehouse. While her initital appearance may have been a cameo arranged by Davidson, now that she’s making her third appearance, it seems like Y&R is happy with her work and will continue to bring Farrah back whenever someone in Genoa City is looking to move. (And given how quickly relationships change in that town, people are constantly moving around!)

The Amazing Daytime Emmys Moments You Didn’t See on TV