After 10 years of marriage, THE YOUNG AND THE RESTLESS’ Amelia Heinle (Victoria) and Thad Luckinbill (ex-J.T.) have filed for divorce. According to court documents obtained by TooFab, Luckinbill filed for the split in Los Angeles Superior Court on March 1, citing “irreconcilable differences.”

Heinle and Luckinbill met in 1999 when he joined the cast of Y&R. Their characters ultimately fell in love and got married, having a child, Reed. However, Victoria and J.T. couldn’t make their marriage work, and the couple split up, with J.T. getting full custody of their son until recently, when the now-teenager returned to the canvas. J.T. currently lives in Washington D.C. with his wife, Mac, and their son, Dylan, although Reed’s return to Genoa City led some fans to suspect his dad might follow, and on Dec. 12, J.T. also came home! 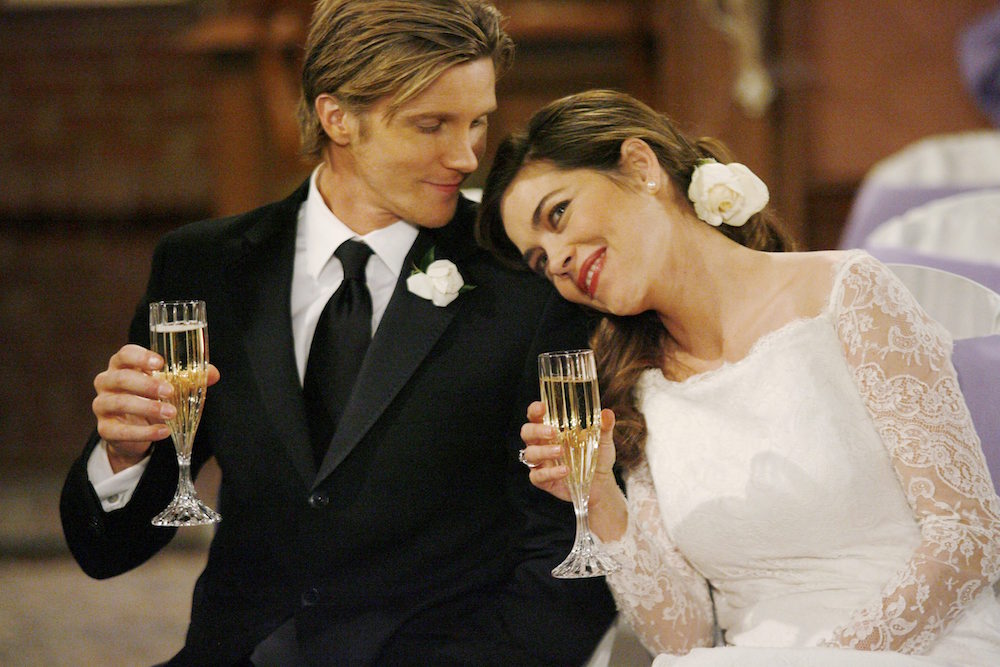 In real life, Heinle and Luckinbill tied the knot in March of 2007, and they have two children together, son Thad Jr., 9, and daughter Georgia, 7. They also recently welcomed a new puppy into the family. Heinle also has a 21-year-old son, August, from her previous marriage to her LOVING co-star Michael Weatherly (ex-Cooper). They divorced in 1997.

According to the court papers, Luckinbill is seeking joint custody of the children and is asking the court to “reserve for future determination the issue of spousal support.”

Heinle recently won her second Daytime Emmy Award for her portrayal of Y&R’s Victoria, and Luckinbill has stepped behind the camera of late, producing acclaimed films like Sicario and La La Land.

We’re sorry to hear this sad news, and our thoughts are with the entire family during this difficult time. For more on your favorite Y&R stars, keep reading the CBS edition of Soaps In Depth magazine.