The truth about Ashley Abbott’s paternity on THE YOUNG & THE RESTLESS turned her life upside down when she learned about it and now the news threatens to do the same to the entire town! But for newer viewers who may not be aware of Ashley’s history with John Abbott and Brent Davis, don’t worry — we’ve got your back!

Eileen Davidson originated the role of Ashley Abbott back in 1982 and worked at Jabot Cosmetics, the family business. However, while she was raised to believe that John Abbott was her father, it turned out that was not the truth. Former Genoa City Country Club tennis pro Brent Davis returned to town and began an affair with Katherine Chancellor. When he learned that he was dying, Brent wanted to come clean and tell Ashley that he was her biological father. Dina, with Katherine’s help, tried to convince him to keep quiet, but Brent didn’t listen. Ashley was so shocked by the truth about her paternity that she took off and ended up with amnesia working at a roadside diner while calling herself Annie! 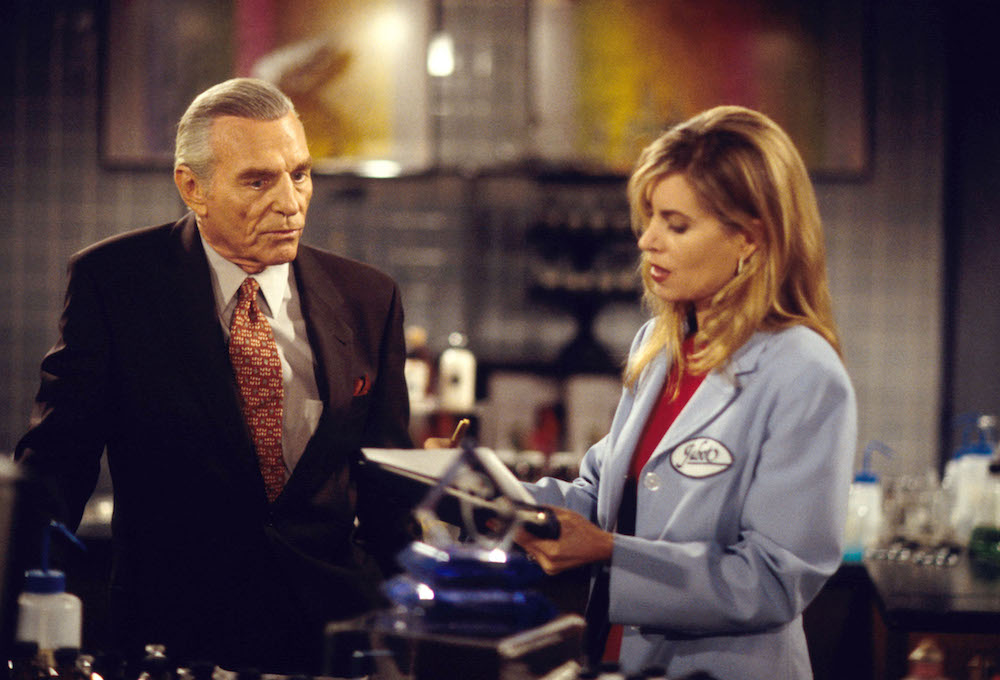 Jack figured out the truth and with Jill at his side, confronted Dina about what had happened. But while Dina and John were looking for the missing Ashley, it was actually Victor who found her and brought her back to Genoa City to recuperate. Before Brent passed away, Ashley forgave him for hurting her and promised to keep the secret from John, who still believed Ashley was his daughter. Only Dina, Jack, Jill, Katherine, and Victor knew the truth about Ashley’s parentage and kept it to themselves. John Abbott passed away following a stroke in 2006 never knowing that Ashley wasn’t his biological daughter.

However, Dina’s return to Genoa City with the mysterious Graham Bloodworth began stirring up old drama again. And when it was revealed that Graham’s last name was really Davis, his connection to Ashley finally became crystal clear! Graham has been working on behalf of his mother, Myrna, another of Brent’s spurned exes, to take revenge on Dina. But it looks like the explosion could see the entire Abbott family caught in the fallout!

Stay tuned as this dramatic storyline unfolds, and for more Y&R news, keep reading the CBS edition of Soaps In Depth magazine!