Quinn’s manipulations of Eric are affecting the entire Forrester family in these spoilers from THE BOLD & THE BEAUTIFUL!

Seeing the serious look on Steffy’s face, Liam sighs, “I’m guessing you have something to tell me.” She nods sadly and admits, “Yeah.” Then, after an emotional pause, Steffy reveals, “They want me to move into my grandfather’s.” Having already felt like Steffy accepting the CEO position at Forrester was the first step into Quinn and Eric stealing her away from him, Liam worries this new living arrangement could be the final nail in the coffin. “If you disappear into that house,” he asks Steffy, “am I ever going to see you again? 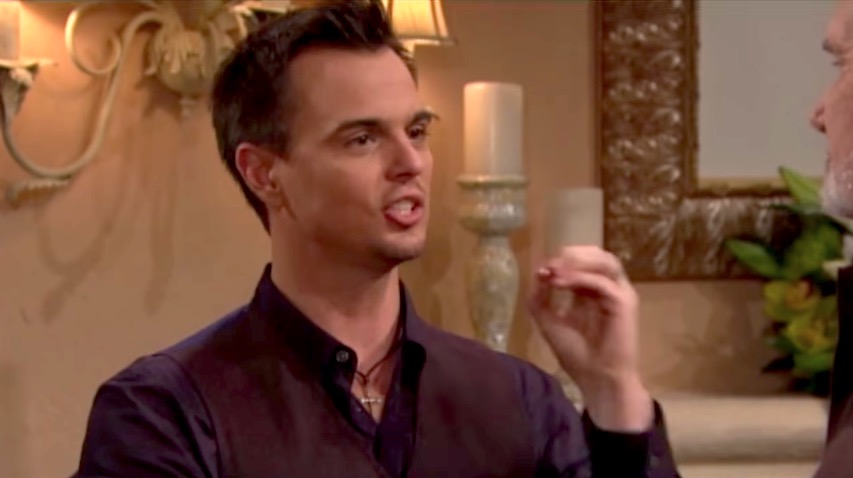 Wyatt is fed up with being pushed around, so he pushes back! (Photo Credit: CBS)

MUST SEE: Karla Mosley Shares the Secret to Making the New Year the Best Ever!

However, Steffy isn’t the only one feeling the pressure from the family trying to force her and Wyatt under the same roof in the hopes of rekindling old feelings between the estranged couple. “Why can’t I just work on my marriage… myself?” Wyatt asks Eric, struggling to keep his anger in check. Will his words have any effect on Eric or Quinn to persuade either of them to butt out of his love life? But if left to his own devices, could Wyatt really win Steffy back himself?