Ridge finally puts his plan to destroy Quinn into motion in these spoilers from the next THE BOLD & THE BEAUTIFUL!

After their successful presentation at the fashion symposium, Ridge and Quinn return to their hotel room where he admits with a sly grin, “You were a real asset to Forrester… He says reluctantly.” Quinn teases him right back, acting as though she is so impressed at his unexpected words of praise.

Later, the two sit down on the couch to share a nightcap. “I still despise everything about you,” Ridge smiles. Quinn smiles back and replies, “Well, the feeling is mutual.” The two clink their glasses together and take a sip. Just how far is Ridge willing to go in order to get Quinn in a compromising position? And might Quinn be smart enough to see through his devious scheme before she does something she regrets? 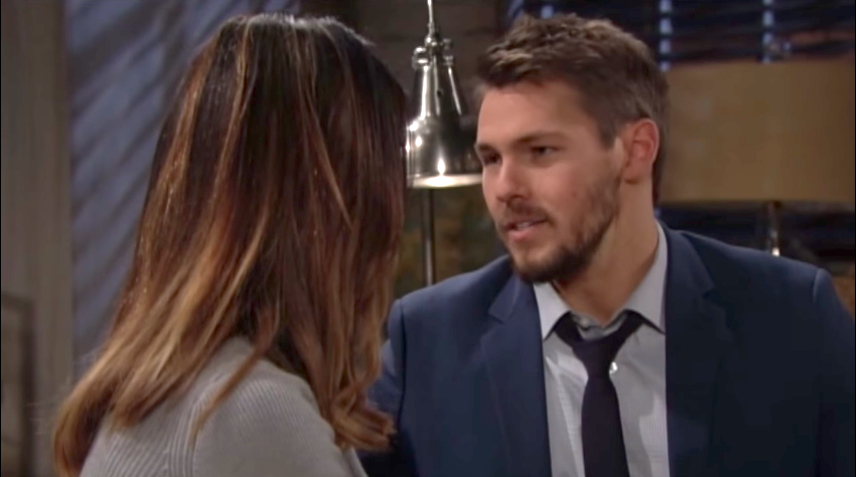 Liam remains confident that nobody poses a threat to his relationship with Steffy — Not Wyatt, not Quinn, and not Eric. “Nothing and no one is going to stop us,” he insists to Steffy. “You know why? Because we are written in the damn stars.” Sure, no outside threats may be able to separate them, but what about Steffy herself? What if her heart is still torn between him and Wyatt?

Don’t miss this tease from today’s scandalous episode, and for more B&B previews, keep reading the CBS edition of Soaps In Depth magazine!