Benjamin Hochman is back on THE YOUNG & THE RESTLESS and stirring up trouble, and that means more work for actor Ben Hermes! “Excited for my 10 episode Y&R return as billionaire Benjamin Hochman starting Aug. 3,” he posted to Instagram.”

Hermes made his debut as Ben back in January of 2017 when he appeared as a businessman Lauren was meeting with hoping he would invest in Fenmores. Of course, Gloria interfered and put the kibosh on that! He next appeared in April when he encountered Ashley and Ravi during their trip to New York City. He put the moves on Ash, but she resisted and was impressed when Ravi defended her honor. 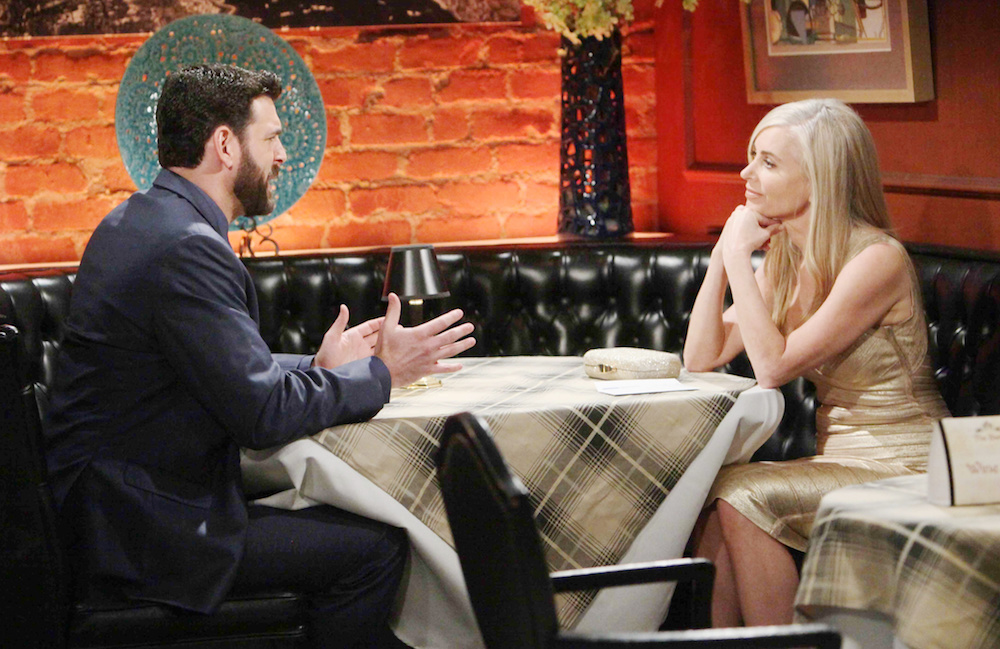 MUST SEE: Greg Rikaart Is Back at Y&R!

Now, Benjamin is back in Genoa City looking for new investment opportunities, but business unexpectedly turned to pleasure and he ended up in bed with Victoria! As news of their one-night stand spreads around town, there will be more than enough drama to go around. Which will mean more appearances for Hermes as the sleazy character. “Recurring,” the actor has said of his current status with the soap. “But who knows?

Although Y&R is his first daytime role, Hermes has appeared in numerous primetime series such as CRIMINAL MINDS, TWO AND A HALF MEN, and CSI: MIAMI. According to his IMDb biography, he didn’t catch the acting bug until senior year of high school when he dropped AP physics in order to perform in a production of Grease. He and his wife, Amy, have a son, RJ.

MUST SEE: Fans Are Worried Daniel Goddard Is Being Written Off Y&R

Although Hermes has said that his most recent stint on Y&R is for 10 episodes, they will continue to air through the month, and who knows what the future may hold. His brief appearance in January led to another, and now a third, longer run. So stay tuned to see what happens next!