Soap fans will be seeing plenty of Eileen Davidson on THE YOUNG & THE RESTLESS and DAYS OF OUR LIVES, but they won’t be seeing her on the next season of THE REAL HOUSEWIVES OF BEVERLY HILLS! After three seasons with the Bravo reality series, the actress has decided not to return for the upcoming eighth season.

“After a lot of careful thought,” Davidson told E! News, “I’ve decided because of my crazy schedules at Y&R as well as DAYS, it’s best for me and my family if I step away from being a Housewife now. But you never know, I might be popping in from time to time just to see what the ladies are up to! Thanks for your love and support, guys!” 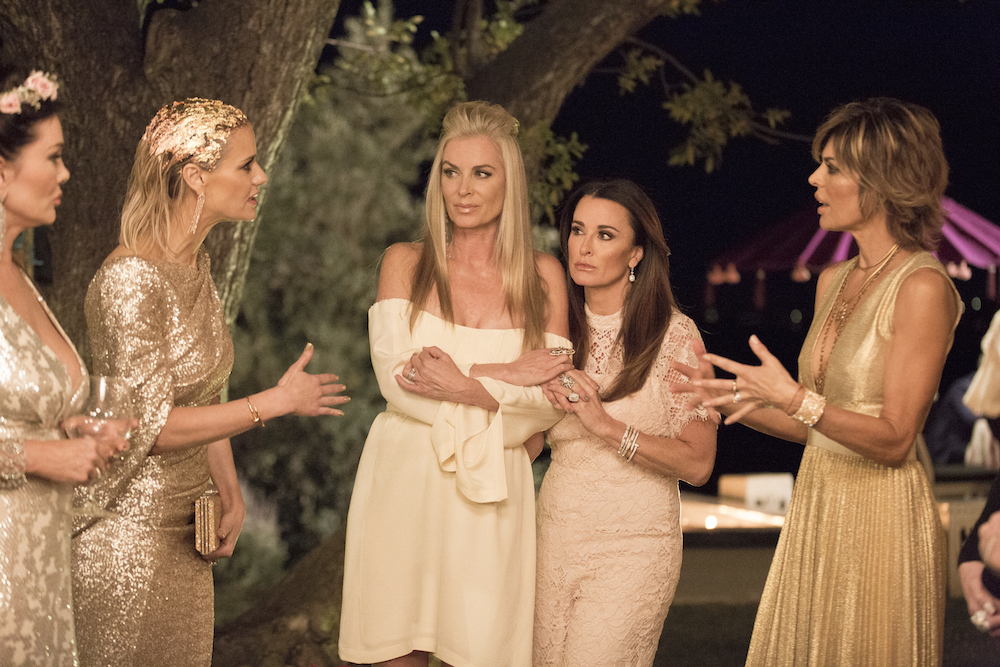 MUST SEE: Michael Muhney Speaks Out on Rumors He’s Returning to Y&R!

Davidson joined RHOBH in season five along with fellow actress and daytime star Lisa Rinna (ex-Billie, DAYS). During her time on the reality show, she had wine thrown in her face by Brandi Glanville, was called a “beast” by Kim Richards, and feuded with Lisa Vanderpump over her romantic history. During this time, Davidson also welcomed RHOBH castmate Erika Gerardi to Y&R as a special guest for a couple of episodes.

Bravo is currently filming season eight of the popular show with Venderpump, Rinna, Kyle Richards, and Gerardi, as well as newbie Dorit Kemsley expected to return, though casting has not yet been officially confirmed by the network. Look for the new season to premiere later this year.

With her starring role on Y&R and now her recently announced return to DAYS, Davidson is so busy that it’s no surprise that something had to give. However, as she said herself, she might still pop in for a visit, so if that happens, we’ll be sure to let you know so you can set your DVR’s and tune in!

Katie Linder Mourns the Death of Her Husband of 41 Years