Another daytime actress is becoming a real housewife! THE YOUNG & THE RESTLESS alum Eva Marcille (ex-Tyra) is joining the cast of THE REAL HOUSEWIVES OF ATLANTA for the 10th season of the hit reality series! While DAYS OF OUR LIVES’ Lisa Rinna (Billie) is still on THE REAL HOUSEWIVES OF BEVERLY HILLS, Eileen Davidson (Ashley, Y&R) recently revealed that she would not be returning to the show for another season.

Marcille launched her career as the winner of the third cycle of AMERICA’S NEXT TOP MODEL while she was still going by the name Eva Pigford. She changed her last name to her middle name of Marcille when she changed management and pursued an acting career. She made appearances in SMALLVILLE, EVERYBODY HATES CHRIS, and TYLER PERRY’S HOUSE OF PAYNE before landing the role of Tyra Hamilton on Y&R. 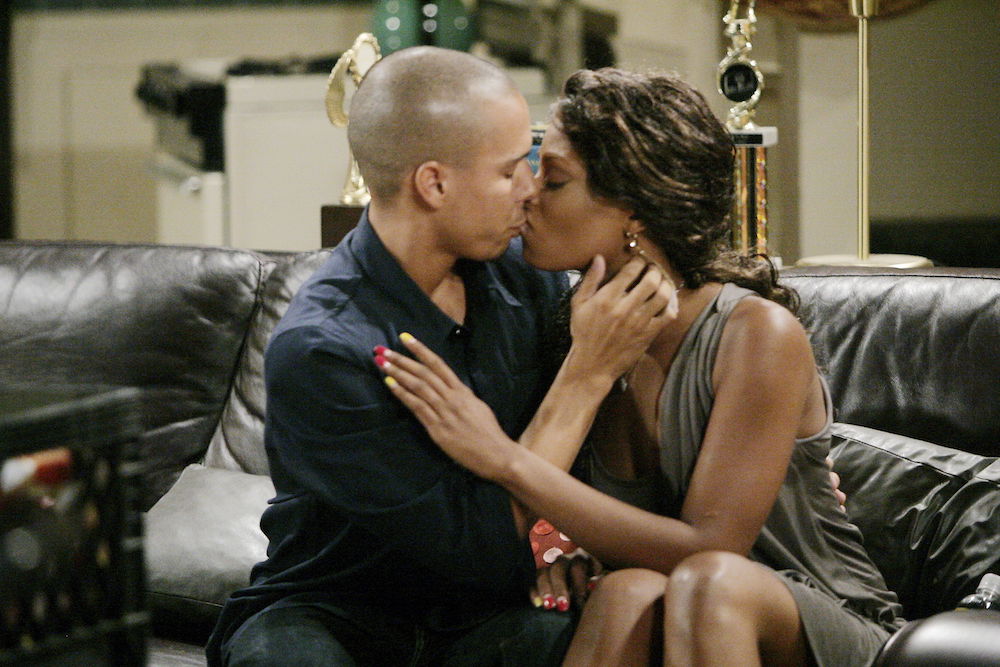 On the soap, Tyra arrived looking for her nephew, Devon, and fell in love with his adoptive father, Neil. They got married so she could keep custody of the child she had been raising even though it wasn’t her biological child. Things got even more complicated when Tyra later learned that Devon wasn’t her biological nephew, so the two had sex! While we’re sure nothing quite that scandalous will happen on REAL HOUSEWIVES, there will definitely be drama ahead! “I’m so excited to join NeNe [Leakes] and the ladies for the 10th season of RHOA,” Marcille told Us. “Atlanta and America, get ready!”

In real life, Marcille has a three-year old daughter named Marley Rae, which she is raising with ex-boyfriend, singer/songwriter Kevin McCall. She will join RHOA vets Kenya Moore, Cynthia Bailey, Kadi Burruss, Shereé Whitfield, and Porsha Williams as well as NeNe Leaks and Kim Zolciak-Biermann, who are returning to the show for the new season. It doesn’t premiere until Sunday, Nov. 5, but you can get a sneak peek at some of the drama that’s coming up in this special teaser !

The Photo That Had Some Fans Believing Camryn Grimes Is Pregnant