Miriam Colón, star of stage and screen, has died at the age of 80 on March 3 of complications from a pulmonary infection.

Although most famous for her role as Al Pacino’s mother in the film Scarface, Colón is best known to daytime fans for her role as Maria Santos on GUIDING LIGHT in 2001. She also had small roles on THE EDGE OF NIGHT in 1980, ALL MY CHILDREN in 1995, and ONE LIFE TO LIVE from 1996-7.

“I remember working with her and being in awe of her,” Jordi Vilasuso (Dario, DAYS OF OUR LIVES; Griffin, GL) told Soaps In Depth. “Not only because this was Tony Montana’s mother from Scarface playing my grandmother, but this lady was the real deal when it came to the work.”

Fellow daytime alum Saundra Santiago (Carmen) recalled her former GL castmate with a touching memorial attached to a photo she revealed was “the last time I saw the great actress and wonderful arts trailblazer, Puerto Rican Traveling Theatre founder, Miriam Colón. She was an inspiration.”

MUST SEE: Y&R and GH Actor Jay Bontataibus Loses His Battle With Cancer

Born in Puerto Rico, Colón studied at the Lee Strasburg Acting Studio in New York City and made appearances in television programs such as ALFRED HITCHCOCK PRESENTS, GUNSMOKE, and BONANZA. On the silver screen, she worked opposite Marlon Brando in the film One-Eyed Jacks and Sally Field in Back Roads. In the late ‘60s, Colón founded The Puerto Rican Traveling Theater company based in Manhattan which produces Off-Broadway productions and tours. 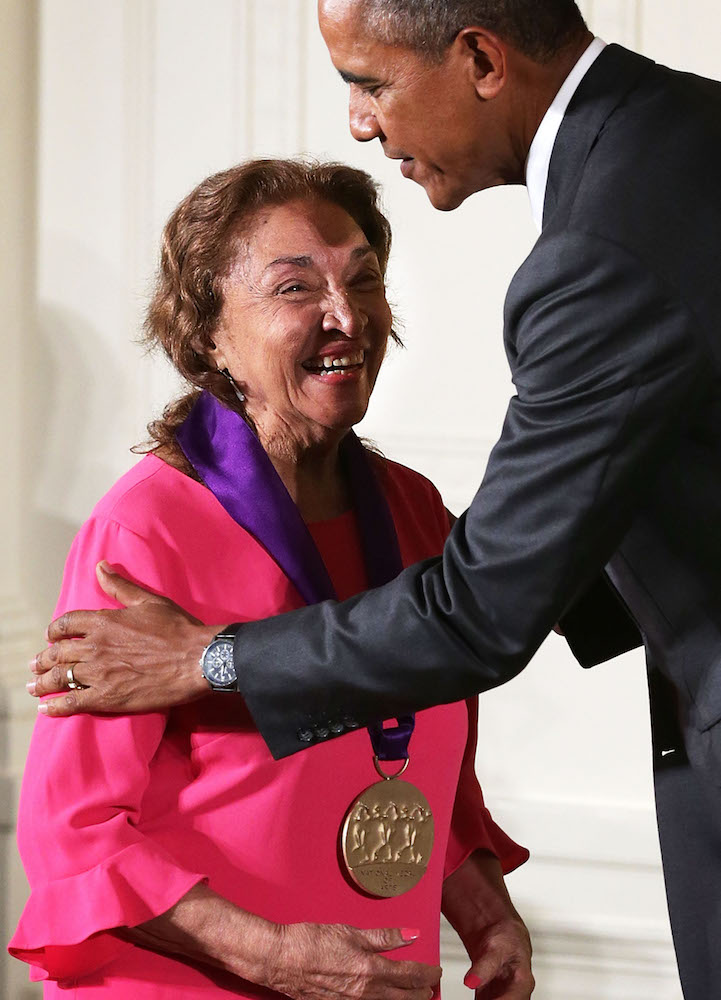 In 2014, President Obama presented Colón with the National Medal of Art to honor her for her tireless work as an actress and theater founder.

Before her death, Colón was still working in film and television, most recently in episodes of BETTER CALL SAUL in 2015.

Our thoughts are with her friends, family, and loved ones during this difficult time.