Soap fans could be forgiven for not recognizing THE BOLD & THE BEAUTIFUL’s Jeff Trachta (ex-Thorne) when he auditioned for AMERICA’S GOT TALENT on the May 30th episode, because he was disguised as Donald Trump, and never gave his real name on the show, going only by The Singing Trump!

“This is, in fact, our dear and talented friend, Jeff Trachta,” shared Ronn Moss (ex-Ridge), who starred opposite the actor when he played the second Thorne Forrester on B&B from 1989 until 1996.

Trachta’s singing talent is well-known to B&B fans, who enjoyed watching him sing with co-star Bobbie Eakes (Macy) both on and off-screen. He has also starred as Danny Zuko in Grease on Broadway and headlined his own Vegas show for years. 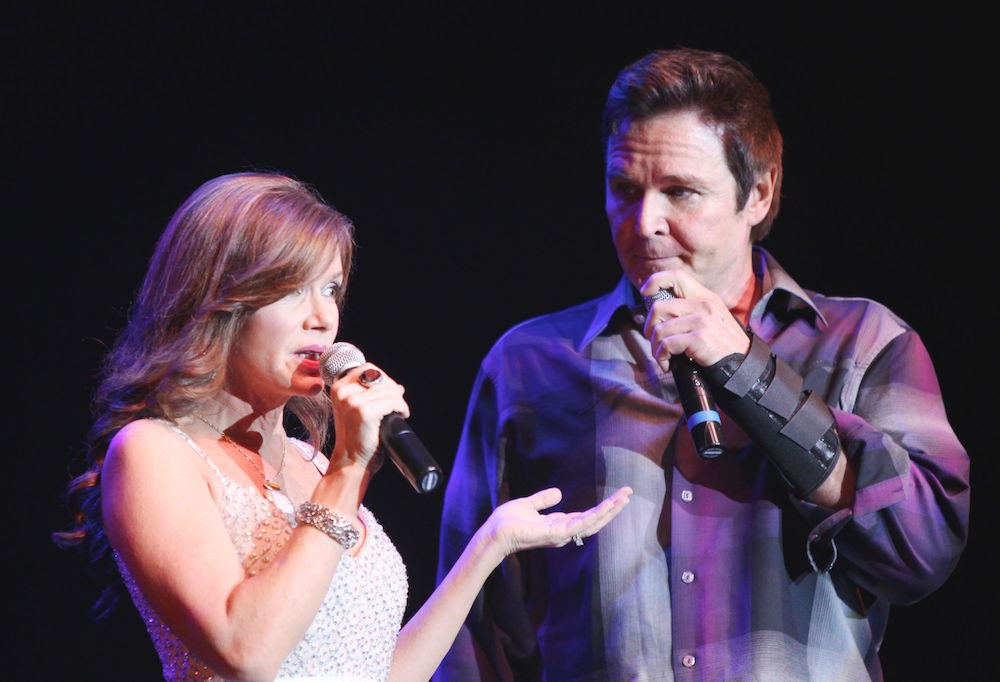 Trachta singing with Eakes during her concert in 2013. (Photo Credit: John Paschal/jpistudios.com)

MUST SEE: LInsey Godfrey Announces Her Return to B&B!

When he walked out onto the AMERICA’S GOT TALENT stage, judge Mel B immediately slammed down her buzzer to eliminate him, and the audience even began booing. But after the introductory clip package where Trachta did an uncanny impersonation of Trump, the audience settled down to watch him perform.

And when Trachta launched into an unexpected performance of Bruno Mars’ hit song “Uptown Funk,” the audience leapt to their feet to cheer and dance along!

MUST SEE: Win a Muse Matress and Pillow set!

Following Trachta’s performance, all the judges except for Mel B voted him through to the next round. “I think it’s funny,” declared Howie Mandel, “and I think in these times, this is the kind of performance we need.” Simon Cowell proclaimed, “This is exactly the kind of originality and act we’re looking for on this show.”

What will Trachta sing during his next appearance? Will he impersonate another president? You’ll have to stay tuned and find out!

The Truth About Nicole’s Heartbreaking Diagnosis on B&B!

The Past, Present, and Future of B&B’s Sally Spectra!