Our thoughts are with THE YOUNG & THE RESTLESS star Kate Linder (Esther), who sadly announced the death of her husband, Dr. Ronald L. Linder. He passed away on June 19 of natural causes.

“It is with a heavy heart that I share with you that my dear husband Ron passed away Monday night,” the actress wrote on her website. “To the world, he was an author, an educator and an innovator, but to me, he was the love of my life and will forever be missed.”

Kate and Ron met at San Francisco State University where he was teaching and she had just graduated with a Theater Arts degree. Between stage productions, she was working at the University’s activities office where they met and fell in love. The Linders tied the knot on Valentine’s Day in 1976. 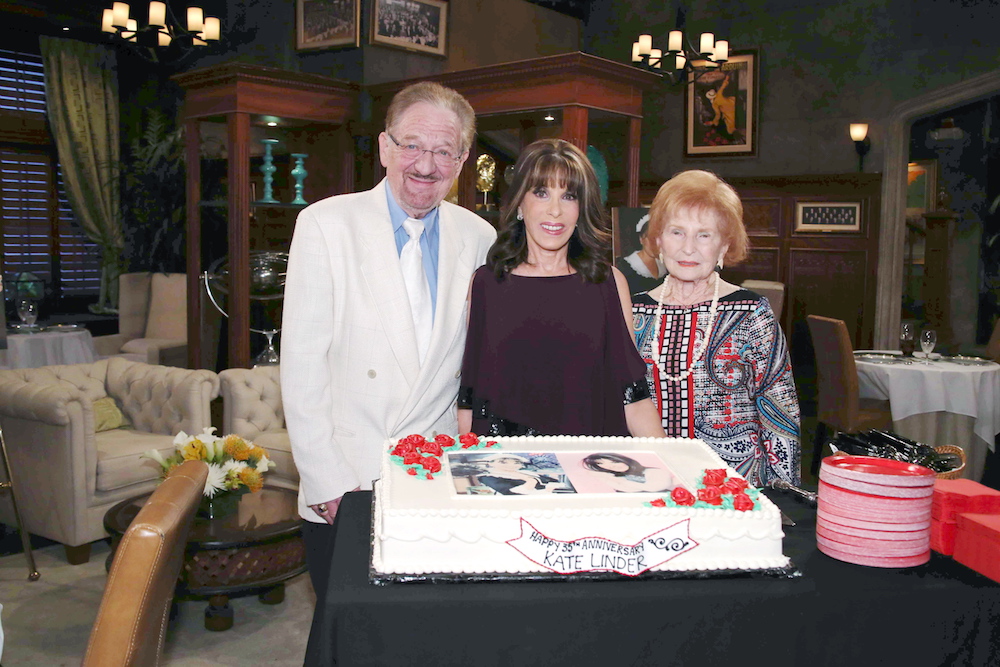 Linder with her husband, Ron, and her mother celebrating her 35th anniversary at Y&R in March of 2017. (Photo Credit: Howard Wise/jpistudios.com)

Ron was a proud husband who was by his wife’s side cheering her on throughout her long career and was at her side when she received a star on the Hollywood Walk of Fame. He had an impressive background and history as an educator, author, innovator, and expert on many matters of public health and drug abuse treatment and training techniques. Ron started his teaching career at Alaska Methodist University at the age of 23 and during his career authored many books and articles for medical journals as well as establishing substance abuse treatment programs.

Services are pending, and suggestions for donations in his name will be announced on www.katelinder.com.

Our thoughts are with Kate Linder and her entire family during this difficult time.

Doug Davidson Promises He Has “No Plans to Leave” Y&R

Kate Linder Celebrates 35 Years at Y&R With a Setside Party!