It’s been one month since Thad Luckinbill returned to THE YOUNG & THE RESTLESS to play J.T. Hellstrom, and the actor participated in a Facebook Live chat with fans to answer some of their burning questions. While he admitted he couldn’t spill anything about upcoming storylines, he did reveal what brought him back to daytime! “This show means a lot to me,” Luckinbill confessed. “I’m really happy to be back.”

Luckinbill joined the cast of Y&R in 1999, and after he left in 2010, found success with his production company Black Label Media that produced critically-acclaimed films like Sicario and La La Land. But the actor admitted he was always in touch with the soap. “I had talked over the years with the show about doing little things here and there,” Luckinbill confided. “I remember one example was they wanted me to bring Reed back when he came back to Genoa City. I wasn’t available. I’ve done some other things in TV and film the last couple of years, so I wasn’t always available when they would call or when they had an idea. But this time it worked out perfectly!” 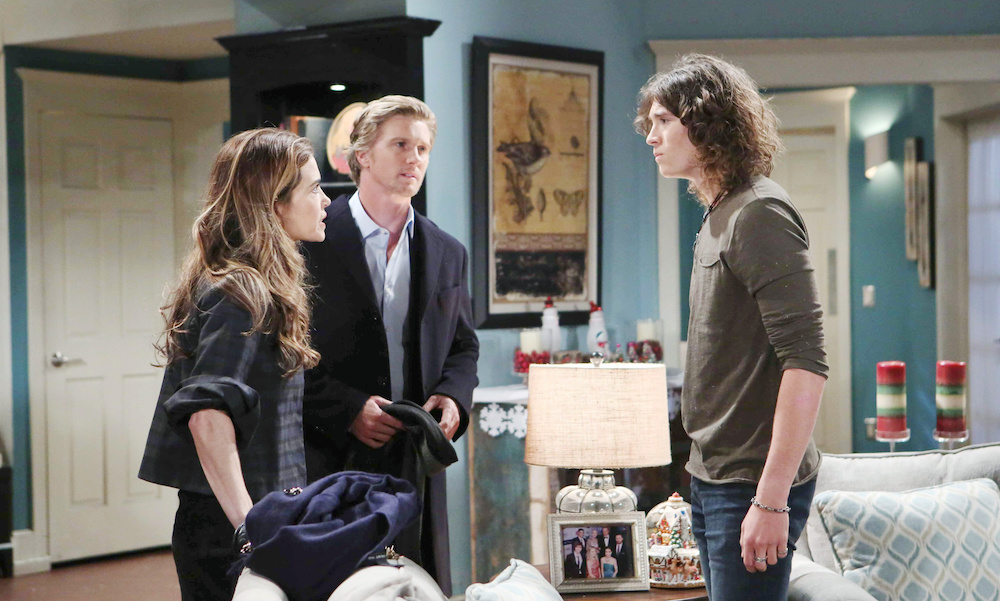 ”Reed, do as I say, not as I did when I was a teenager!” (Photo Credit: Howard Wise/jpistudios.com)

And while returning to work with his old castmates was wonderful, Luckinbill admits that the person he was happiest to see again is actually behind the scenes! “I’m gonna be honest,” he smiled. “There’s a guy in the commissary who makes all of our food, his name is Miguel. He has been here for 30-plus years. He is amazing. He makes me a breakfast burrito every morning.It’s the thing I look forward to more than anything in the world and I’ve missed it for the last seven years. When I walked in and he saw me, I didn’t even have to order. He just started making my burrito. It was the greatest thing that’s ever happened to me.”

Another trivia fact Luckinbill let slip was that he originally auditioned for the role of Billy Abbott, which went to David Tom. “But they started bringing in friends and buddies,” he revealed. “So they brought on David Lago to play Raul, and they brought on J.T. to play sort of the edgy not-so-good influence friend. So of course, naturally I got that part!” 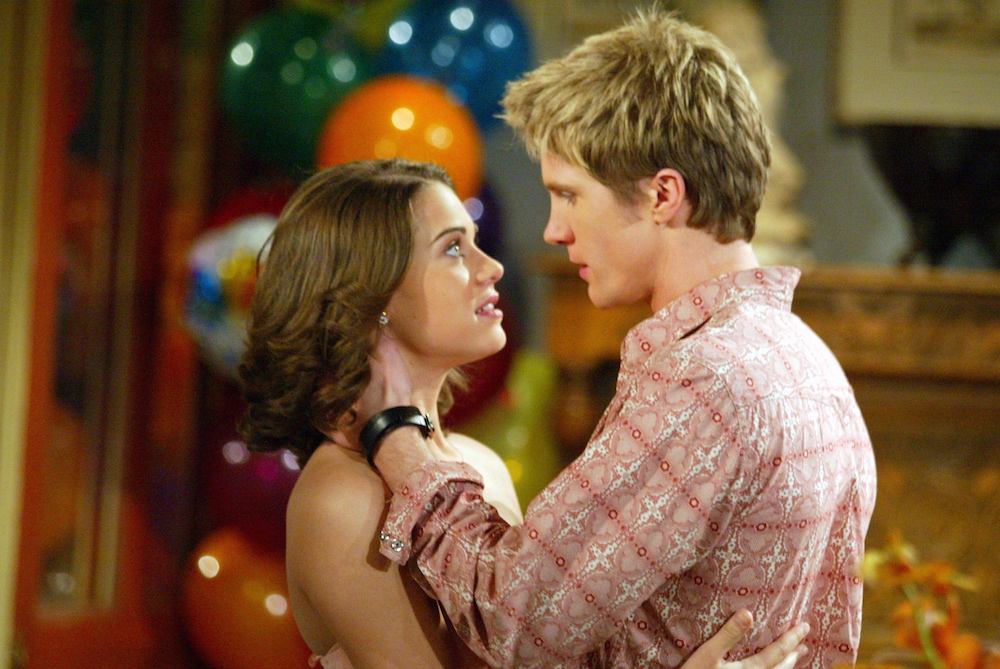 He also recalled his favorite storyline during his decade-long run being the relationship between J.T. and Colleen. “Sort of discovering that with the writers and also as an actor,” he said, “trying to figure out how to make that cool and something the audience really likes. That probably still is the most meaningful story because it kind of came out of nowhere and it was a fun discovery.”

While Luckinbill didn’t say anything about how long he would be sticking around Y&R, he did tease that there was a very good possibility that J.T. and Reed would be performing together, so you’ll definitely want to keep an eye out for that!