It was in early January when Annika Noelle debuted as Hope Logan on THE BOLD & THE BEAUTIFUL, but while the actress was a daytime newcomer, the character had quite a bit of history on the soap. So not only did Noelle have to fill the shoes of previous Hope, Kim Matula, she had to step in as one-third of B&B’s biggest love triangles as Hope plots to win Liam back from Steffy.

“Team Steffy is out in full force,” Noelle acknowledged to Soaps In Depth of the character’s passionate legion of fans. “Hey, I get it. Hope’s been gone for a while, so to all of a sudden have her back and going after someone else’s man? It’s to be expected.” 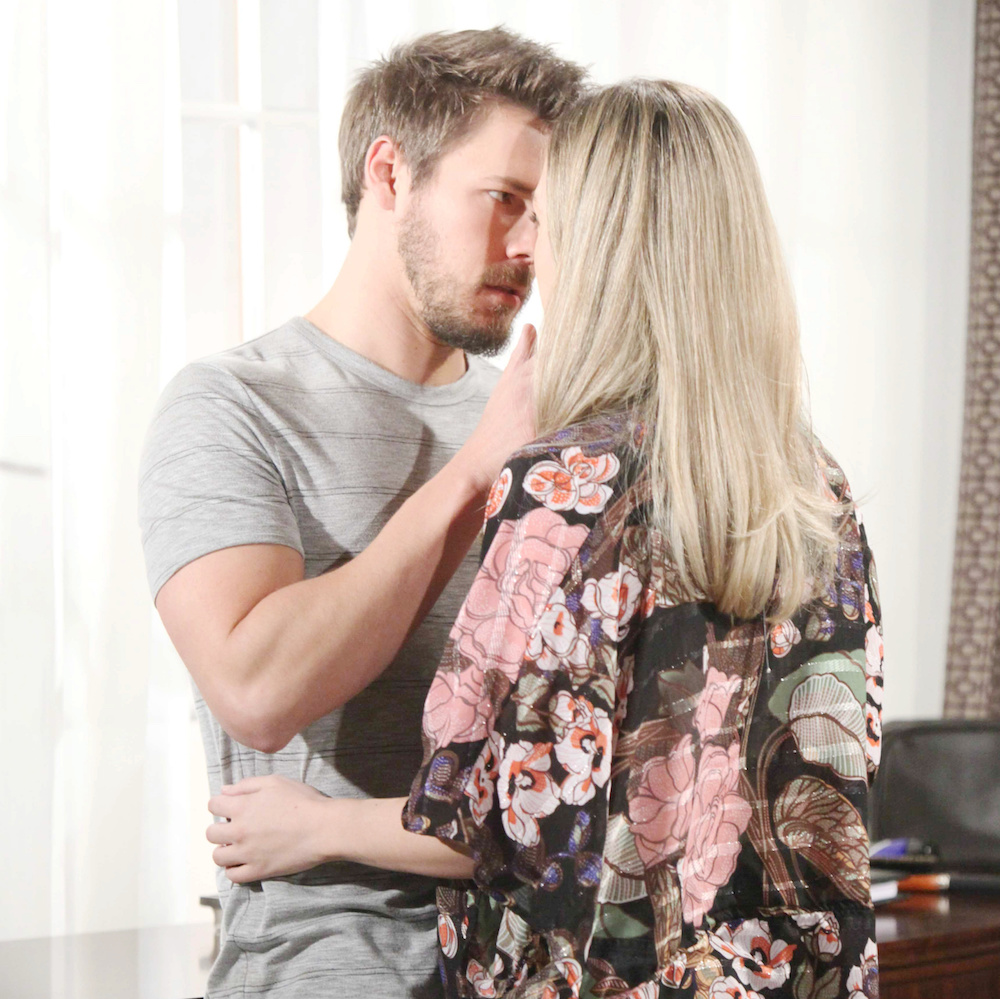 Thankfully, she’s also discovering what it’s like to have loyal fans of her own. “I’m starting to see Lope fans come out of hiding,” Noelle confided. “I think it’s fun, and honestly, the person whom I’m having most fun with through it all is [Jacqueline MacInnes Wood, Steffy].”

While Hope and Steffy will likely never be BFF’s on screen, backstage, Noelle and Wood get along much better. “She and I have a lot of similar interests and I think she is so fun,” Noelle revealed. “When she and I run lines in her dressing room, I’m usually rolling around on the floor playing with her dog, Ja’mie. I’m pretty much in heaven that I get to play with her puppy at work!”

Happiest of happy birthdays to this sweetheart 👑 💕🎂 @jacquelinemwood_1 #jacquiandjamie #happybirthday

Despite Hope’s insistence when she first returned to Los Angeles that she wanted Liam and Steffy to work through their differences and repair their marriage, her true colors have shown through and she has confessed that she wants nothing more than to get him back. “She knows she should respect their marriage,” Noelle related, “but there’s that little part of her that can’t help herself. I think she’s under that magical ‘Liam’ spell that he puts every lady under!”

But despite Hope now looking like a complete hypocrite, Noelle isn’t bothered, arguing that it gives the character depth. “No one is perfect,” she reminded. “What makes characters interesting is their flaws; it’s what makes them real. Hope always wants what’s best for everyone, but she’s not always good at executing that.”

The Amazing Emmy Moments You Didn’t See on TV!