Bill’s attempt to destroy Spectra has ended up destroying his own life instead, and in these spoilers from THE BOLD & THE BEAUTIFUL, things are only getting worse. More people are getting suspicious about what really happened, and his wife may have left him for her ex! Has Bill lost everything?

Once she learned that not only did Bill arrange for Spectra Fashion’s offices to be torched but he also hit Liam, Brooke was absolutely aghast. And despite Bill’s pleas for her to stay, Brooke angrily walked out on her husband. Naturally, she ended up at Forrester, where Ridge found her crying alone on a sofa. As he attempts to comfort his ex, she begins to open up about what happened. “He did something…” she sobs. “Something horrible. Will she tell Ridge the whole shocking truth about what Bill has done? 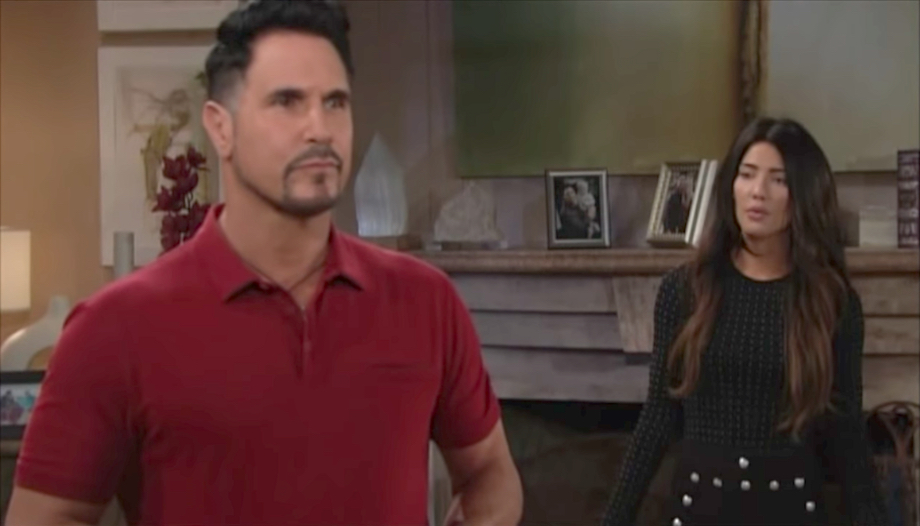 Steffy wants to help, but will Bill let her? (Photo Credit: CBS)

Meanwhile, Steffy continues trying to make peace between Bill and Liam, but it looks like that is easier said than done! “If you want me to help you,” she warns Bill, “you have to tell me what’s going on.” And over at the Spencer offices, Wyatt still doesn’t understand why their father would sign the company over to Liam and step down. “How did you get Dad to agree to all this?” he asks his brother. Will Liam expose Bill’s sins? And does Wyatt think he’d be a better CEO than Liam? Let’s just say that the Spencer drama is far from over!