Steffy is a mess, and Brooke wants to know why in these spoilers from THE BOLD & THE BEAUTIFUL. And Ridge has questions of his own as he checks in with Bill, who signed the annulment papers without a fuss. Will anyone get the answers they’re looking for?

Brooke went over to Liam and Steffy’s to ask her to be her matron of honor at her upcoming wedding to Ridge only to find the young woman emotionally devastated and in tears. After Steffy blurted out that Liam had walked out on their marriage, Brooke gently pressures her to confide the whole story. “I’ve never seen you like this before,” she declares. Later, Brooke returns to Forrester where she updates Ridge on his daughter’s condition. “Steffy’s… not in a good place right now,” she reveals. But how much did Steffy confess to Brooke about what’s really going on? 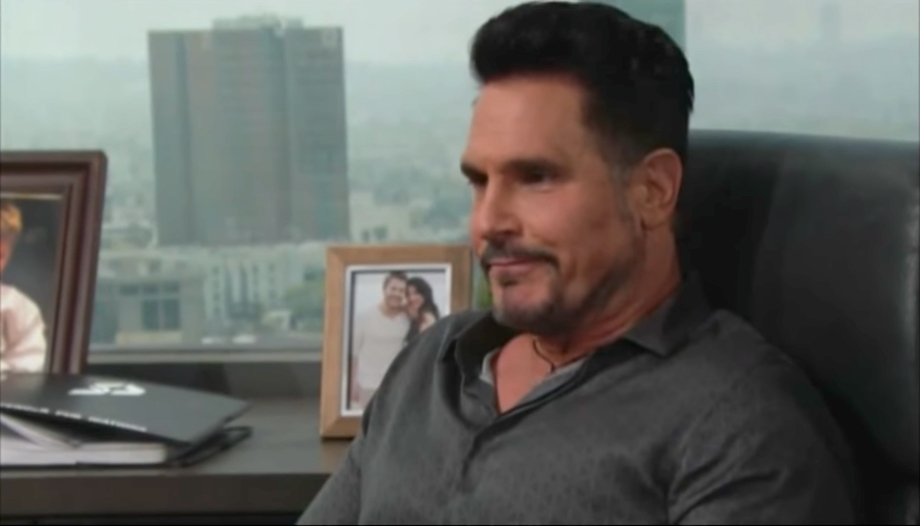 Ridge was thrilled that Bill signed the papers to annul his marriage to Brooke, freeing her up to marry him again, but also suspicious that he did it without even a little bit of a fight. And from behind his desk at Spencer Publications, Bill offers an explanation. “There is no point in staying married to a woman,” he grumbles with mock disgust, “who is sleeping with… you.” He shrugs it off, but was Bill so quick to sever ties with Brooke because he still harbors hope that he could have a relationship with Steffy?

Jacob Young Is Thrilled to Be Working on New Music