With their storyline on THE BOLD & THE BEAUTIFUL taking an unexpected twist, Don Diamont (Bill) and Scott Clifton (Liam) got together for a fun little chat with fans on Facebook Live. They revealed their favorite scenes together, how the storyline of Liam taking away his father’s company is going to change everything between the two men, and the one thing that could truly shake Bill to his core!

They may only play family on TV, but Diamont insisted that right from the start, he and Clifton felt like family. “I was so happy when they cast him because he was just on it right from the beginning,” Diamont declared. “And so open to the collaboration.” Clifton agreed, adding: “It clicked really fast. That was really nice. That was when I was like, ‘This is gonna be good.’” 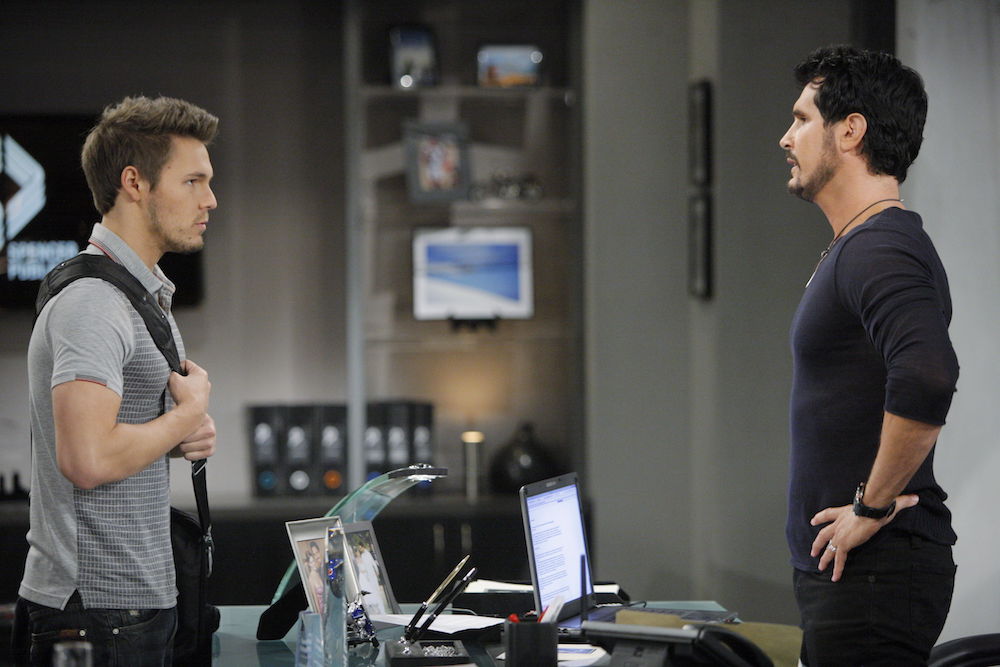 Liam started out as an IT guy and now he’s a CEO! (Photo Credit: sean smith/jpistudios.com)

Clifton admitted that he doesn’t have to do a lot of preparation to play Liam as he and his character are somewhat similar, as opposed to Diamont, who is much nicer than Bill. But he did confess that sometimes he struggles with the role. “The hardest part about playing Liam is justifying choices and mindsets that I completely disagree with,” Clifton allowed. “I would never keep pursuing a woman who has rejected me. If I had a brother who was married to someone, it’s not even on the table to pursue that woman. That’s crazy to me! And yet, we live in this world where that’s quite normal.”

Diamont was thrilled to learn that Bill and Liam were going to take this turn where the balance of power was completely reversed. “I had actually been asking for this for a long time,” he confided. “Some kind of situation that would create legitimate emotional angst between the characters. This is something that really changed the dynamic between them like nothing ever has.”

“I love anything that’s different,” Clifton added. “Anything that’s out of the norm for our characters. But it’s also one of the harder things I’ve had to do on the show. There’s an established status between the characters. I’ve never had to flip that.” 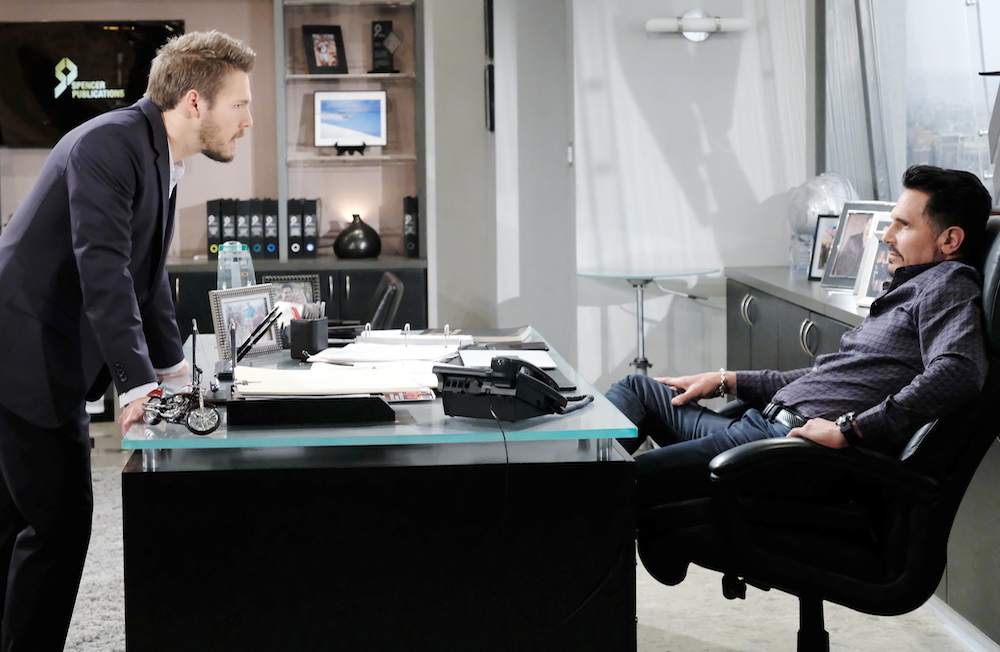 Liam finally got the upper hand on his father! (Photo Credit: ChrisD/jpistudios.com)

Obviously, Bill isn’t going to let Liam run Spencer Publications for very long, because he can’t abide not being in control. And Diamont hopes that one day the soap explores exactly why that is. “I think what ultimately drives Bill are mother issues,” he mused. “And we haven’t ever talked about Bill’s mother. If she’s alive, if she’s dead, if there’s a relationship, if there’s not. In fact, he’s avoided it a couple times when Brooke has brought it up. So I think there’s some pretty rich story there to pursue that will really flesh out what makes Bill tick.” Let the casting speculation begin!