A trio of daytime alumni star in the new thriller Fiancé Killer, premiering Saturday, April 28, at 8 p.m. on Lifetime Movie Network! Felisha Cooper, best known as Sasha on THE BOLD & THE BEAUTIFUL, stars as Cameron, a young woman who returns from a Mexican vacation engaged to Brent, a handsome and mysterious man who it turns out is secretly plotting to kill his bride-to-be! “Fiancé Killer was one of the greatest projects I’ve ever worked on in my life,” Cooper told Soaps In Depth. “I made so many good friends working on that movie. It’s just amazing. I’m still best friends with Adam Huss, who played my husband, to this day.”

B&B fans might recognize Huss from his own run on B&B as Lance, Sheila’s henchman who she used to try and split up Rick and Amber, then killed with a swarm of bees! Thankfully, Cmaeron’s mom is played by GENERAL HOSPITAL alum Kari Wuhrer (ex-Reece), who is immediately suspicious of her daughter’s new beau. And Cooper admitted that the actress was just as parental on set. “If I was ever unsure about how to approach a scene, she would be like my on-set acting coach,” she revealed. “She was always there to help me. It was incredible to work with her and she was amazing and a doll.” 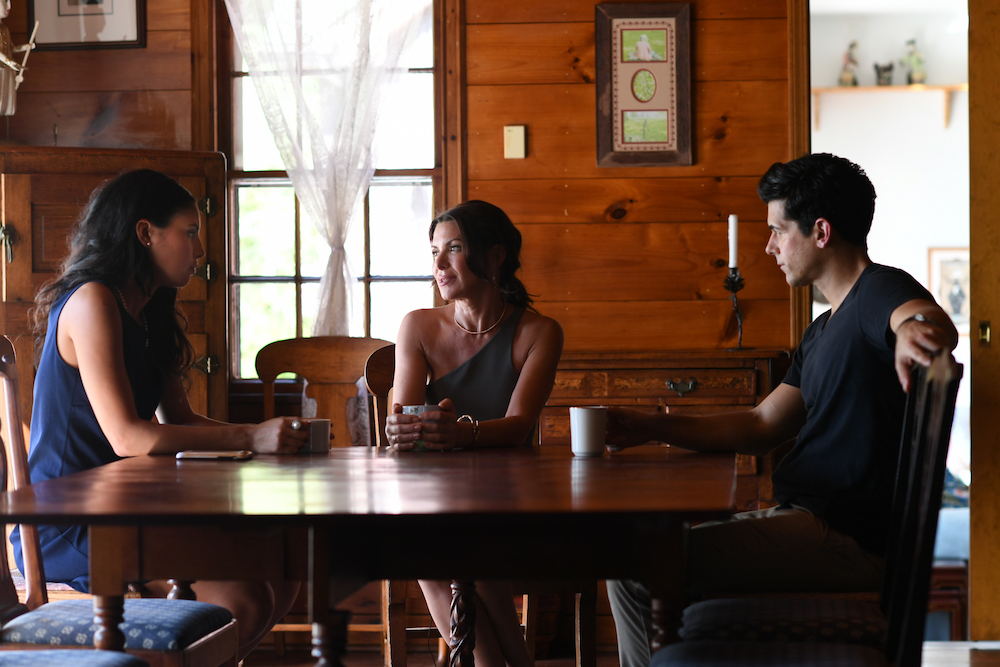 While it appears that Brent is out to marry Cameron and kill her with the help of his secret girlfriend to steal the money she recently inherited, there’s yet another twist that turns the whole plot on its head! “I don’t want to give away the ending,” Cooper teases, “but it’s a really good thriller and i’m really excited and proud of it.”

The young actress also enjoyed the opportunity to do her own stunts in the thriller. “At one point, I was tied to a chair ‘cause homegirl’s coming for me and she’s supposed to put her foot to my chest and kick the chair over and I fall on the hard concrete,” Cooper recalled. “Obviously there was a little bed there for me to land on, but when we were rehearsing that, I was like, ‘This is so cool!’ I really feel like I’m in a Marvel movie or something! This is awesome!”

Preview the thrilling drama and then be sure to tune in on Saturday night to watch the whole movie for yourself! And for more on your favorite B&B stars — past and present — keep reading the CBS edition of Soaps In Depth magazine!

A DANCE MOMS Alum Is Playing Emma on B&B