Having already managed to tick off just about everyone in the city of Los Angeles, Bill couldn’t leave well enough alone. Instead, he was intent on pressing forward with several controversial decisions. For starters, he got down on one knee and proposed to a gob-smacked Steffy, who flatly turned him down. Bill took her refusal as a personal challenge, feeling confident that he could eventually change her mind. Ridge, on the other hand, saw the brazen move as an act of aggression toward his daughter and vowed to stop Bill, once and for all! At the same time, Bill green-lit legal action to seek full custody of Will, a move that infuriated Katie and Wyatt! Bill also fired his faithful, longtime employee Jarrett, who definitely did not accept the news with his typical gentlemanly decorum.

Bill finally met his reckoning when, alone in his home, he was gunned down by an unidentified shooter. Though the bullet didn’t kill its target, Bill was gravely injured. As he later lay unconscious in the hospital, only one real question vexed Bill’s family members, employees, and acquaintances: Who tried to do away with him? Clearly many disliked the arrogant, tyrannical businessman, but who hated him enough to want to see him dead?

In the wake of Bill’s shooting, anyone and everyone seemed like a potential suspect. Eric grew concerned about his wife’s whereabouts and desperately tried to track her down. Quinn grew offended when her husband later peppered her with probing questions. Liam showed up late and frazzled to a dinner with Steffy, prompting her and Hope to wonder and worry about how best to help him. He later paid a visit to his father’s bedside. Knowing Pam had recently stopped taking the medications that control her erratic behavior, her sweetheart, Charlie, begged the baker to resume taking them. Brooke questioned Ridge about his recent hostility toward Bill, and the nonchalance of his answer left her with doubts. The obvious tension in the air created more than a few angry exchanges, including an argument between Wyatt and Justin over the fate of Spencer Publications. When Ridge and Sheila later encountered one another at Il Giardino, they stared each other down, suspiciously. 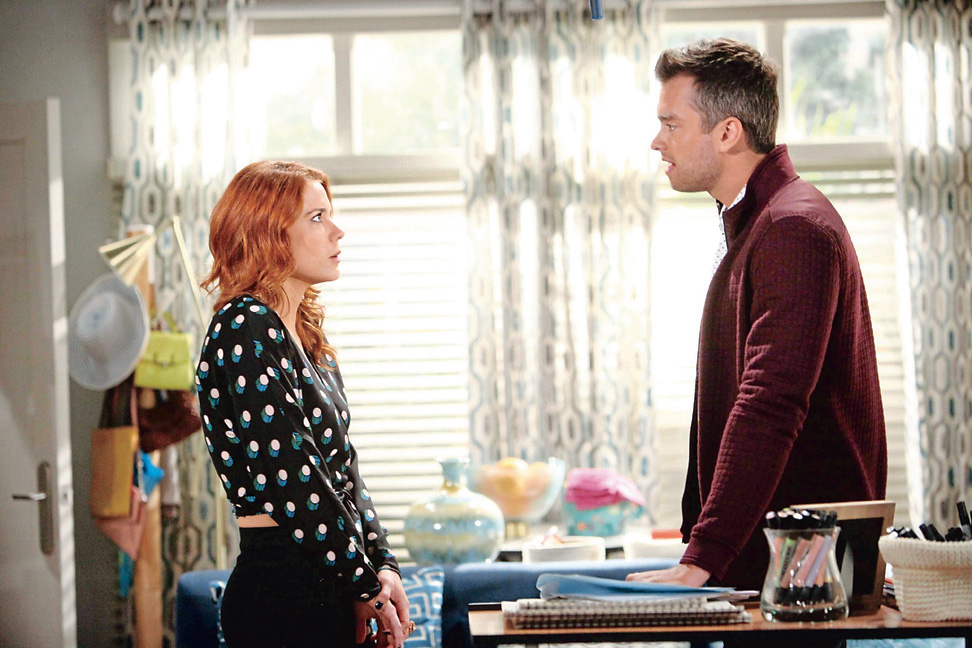 ”It turns out, I can design dresses from anywhere, Sally… even here!” (Photo Credit: Howard Wise/jpistudios.com)

Though Sally continued to seethe about the injustices she’d suffered at the hands of Bill, she had a moment of joy when Thomas returned to town and informed her that he had finally learned of Caroline and her uncle’s deceit in tearing them apart. Thomas admitted he was well aware that Caroline’s so-called illness was nothing but a sham meant to break them up so that Bill could finally go after his beloved Skye. They both railed against Bill’s interference in their lives and spoke about what might have been had they never been torn apart. Later, Sally was forced to defend herself when she was accused of being behind Bill’s shooting, and a mystery woman returned to town hoping to settle a score.

Would You Like Thomas Back on B&B For Good?

Who Shot Bill Spencer? — Here Are the Prime Suspects!