Wyatt stunned the Forrester family when he suggested they consider hiring his new sweetheart, Sally, as a designer. Despite all the horrified gasps coming from the room, Eric blithely agreed that it was a swell idea and encouraged Hope to put the redhead on the Hope For The Future team. The blonde grudgingly agreed, despite her reservations. Happy to be starting over, Sally expressed her gratitude to Wyatt by taking their relationship to the next level, but Katie was crestfallen when Thorne filled her in about her ex’s new romance. Katie paid Wyatt a visit to voice her concerns about his new relationship, while Ridge expressed his own skepticism to Eric about the decision to hire Sally.

Hope reminded her staff to be extra vigilant about protecting the Hope For The Future designs from potential would-be spies in their midst, like Emma and Sally. Emma was forced to defend herself when Charlie watched her doing inventory and suspected she might be photographing the clothing again. The security guard and his girlfriend were also wary of Hope, whom Pam feared might still be trying to undermine Liam and Steffy’s relationship. Sally became frustrated when it was clear that Hope was not going to trust or accept her at the office. Maya and Emma also griped about the way Hope had been treating them lately. The blonde had no idea that she was rubbing so many of her colleagues the wrong way, but Liam was the first to realize she might have a serious enemy on her hands. Having put the finishing touches on the new Hope For The Future Web site, he became concerned when he found a threatening message left for Hope on the site. Thorne and Liam ran down a list of people who might have had reason to post the threat against her. 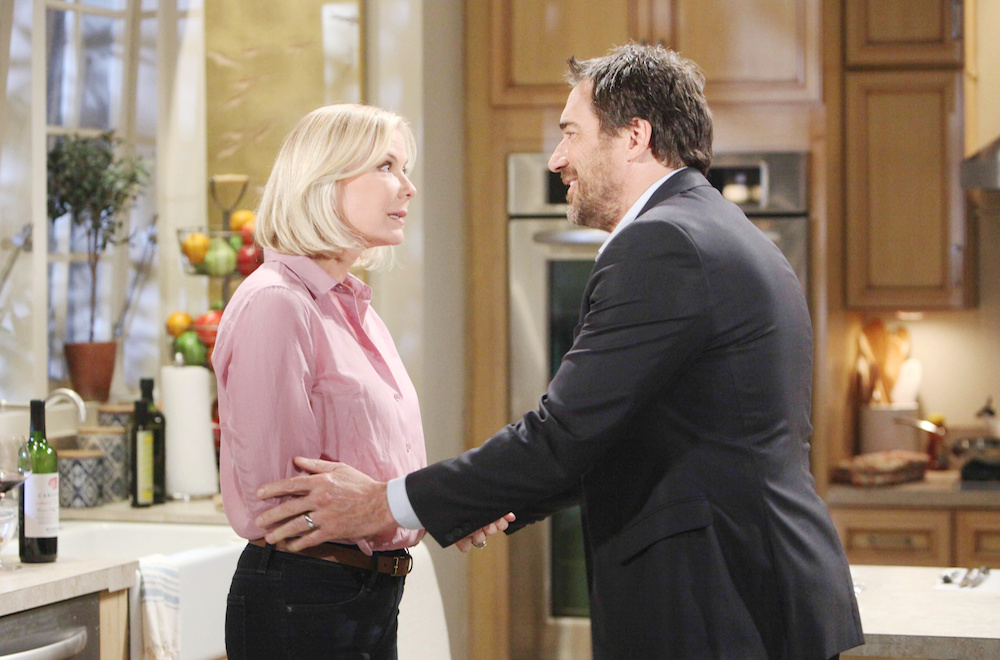 Liam Got a Shock

Hope confided in Brooke some unexpected and happy news: she was pregnant with Liam’s child! They hightailed it to Dr. Phillips’ office to confirm her condition, after which Brooke encouraged her daughter to use this turn of events to fight for the life she wanted and deserved — in other words, this was the ammunition she needed to steal Steffy’s man! Brooke acknowledged that Ridge wasn’t going to be thrilled about this turn of events. Sure enough, he lost his cool when Brooke later suggested that Hope was still very much in the running to win back Liam. Hope shared the news of her pregnancy with Liam, who was absolutely blown away. After going back over the timeline that had resulted in this surprise, the couple shared a tender moment. But Liam realized he had a difficult task ahead, namely, telling Steffy that their daughter would soon have a sibling!

Steffy Was None the Wiser!

Bill proved a roadblock in Steffy’s plan to remarry Liam by playing the “Taylor” card, reminding her that she wouldn’t want to see her mother go to prison for shooting him. The young woman lambasted him for resorting to blackmail, but Bill cooly responded that he was certain she would eventually end up leaving Liam to be with him instead. After getting chastised by Justin, Bill reversed course on his threats, and Steffy reveled in finally being free to wed Liam. Eric and Quinn offered to help with the wedding plans, including designing her dress, and Steffy was overjoyed about the prospect of finally moving forward with the man she loved, unaware that, thanks to Hope, she was about to have a new bombshell dropped on that happiness.

With Hope Pregnant, Who Should Liam Be With? — Vote Now!