After seeing his daughter gush over her new baby, Ridge was stunned and frustrated when Brooke informed him that she was still encouraging Hope to pursue Liam. Steffy recognized Hope’s heartbreak when she paid a visit to deliver a gift for baby Kelly. Liam apologized to the blonde for everything he’d put her through. Taking off her engagement ring, Hope encouraged Liam to go back to Steffy. Later, Steffy was moved when Liam expressed the depth of his commitment to her and their daughter. When Hope learned that Liam was preparing to ask Steffy to be his wife again, she tried her best to cope with the devastating news. Ridge told his grieving stepdaughter that it was all for the best. Liam paid Hope a visit to share with her a big announcement about his relationship with Bill, and she quietly acknowledged how close she’d almost come to achieving her own happily-ever-after. Meanwhile, Steffy endured more over-the-top declarations from Bill, who then proceeded to try and blackmail her!

Xander Avant arrived in town from England and informed his Uncle Julius, Aunt Vivienne and cousin, Maya, that he was interested in pursuing a graphic design job at Forrester Creations. While visiting the design house, he managed to be in the wrong place at the wrong time and was accidentally knocked un- conscious by Emma, who was practicing her dance moves for an upcoming preview. When Xander came to, he and Emma had an almost-immediate attraction. He later introduced himself to Hope as an American from the Midwest (with no trace of his British accent). After catching a glimpse of Emma and Xander’s mutual interest in one another, Ridge suggested the young man be added to the Hope for the Future line’s team. Julius teasingly encouraged Xander to ask Emma out on a date — which he promptly did! 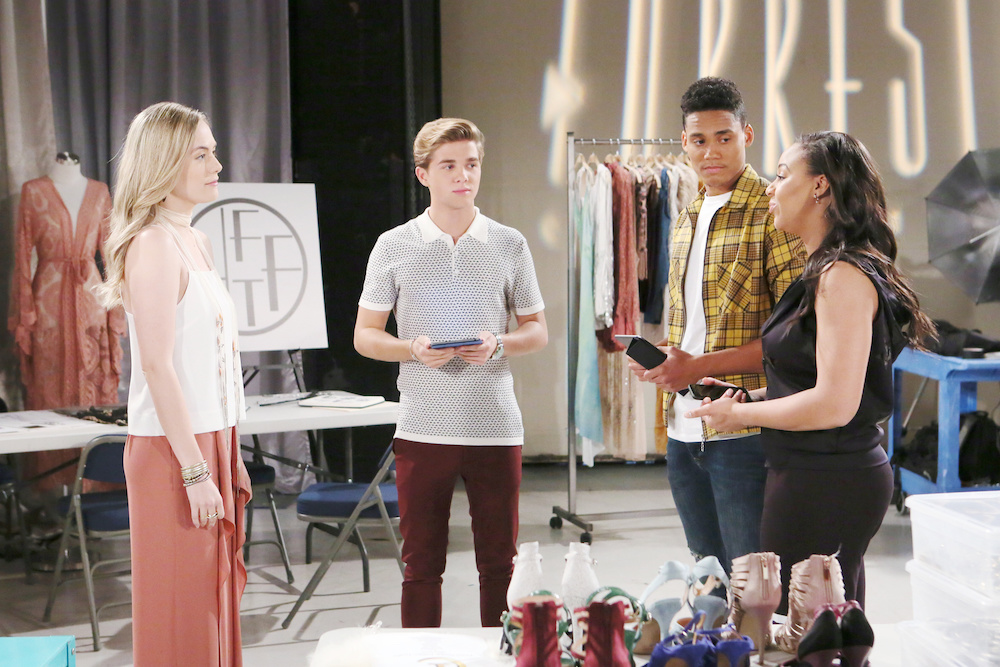 When Emma visited her Uncle Justin at Spencer Publications, he warned the young woman to keep her connection to him under wraps lest she jeopardize her internship at Forrester Creations. Later, Maya grew suspicious of Emma’s motives and began to search for a link between Emma and Justin. After catching the intern taking photos of the new Hope For The Future collection, Maya confronted the young woman — and tried to fire her. Cooler heads prevailed when Hope arrived on the scene and remarked on how impressed she was by Emma’s choreography for the line’s up-coming preview. Justin came to his niece’s defense when he showed up at Forrester and set everyone straight about Emma’s intentions.

Will gave Katie and Wyatt a wake-up call about where their relationship with one another was really heading. After a long talk, the pair decided it would be in everyone’s best interest if they broke up. Wyatt later bumped into Sally at the Bikini Bar, where she gave him a piece of her mind about the Spencer men. Wyatt tried to calm the inebriated redhead and eventually made her an offer that she found hard to resist. While commiserating over the sorry state of their lives, the two found solace in one another and eventually shared a passionate kiss. From there, their flirtation took off.

Do You Like Wyatt Better With Katie or Sally? — Vote Now!