Steffy tried to convince Liam that he couldn’t possibly have shot his own father. At the same time, her mother, Taylor, confronted Bill… and revealed that she’d actually been the one to take a shot at him! Having been told by Ridge that their daughter had been taken advantage of by Bill, Taylor had gone to

the house that night, picked up the gun and shot him. Recreating the moment, Taylor again aimed the golden gun at Bill but was unable to go through with killing him. Steffy arrived and was shocked when Bill revealed her mother’s actions. Although Bill agreed not to press charges against Taylor (or reveal

that she had pulled the trigger), he used the information to strike a bargain with Steffy. Ridge was later confused to find out that Steffy had filed to have her marriage annulled… but still intended to fight for Liam!

Hope continued to support Liam as he grappled with having shot his father… at least until Steffy showed up to clear his name! After the blonde confided to Maya about the extent of her feelings for her ex, she met up with Liam again and the two exchanged another passionate kiss. Declaring that Liam really needed to ditch his desolate hotel room in order to get a fresh start, Hope asked Brooke if it would be okay for him to move into the cabin on their property. She also confessed to her mother that it was pretty much “game on” in terms of her quest to reunite with the hunk.

Although glad to no longer be a suspect in Bill’s shooting, the man’s mere existence continued to irk Ridge. Discovering that Brooke was letting his daughter’s estranged hubby bunk in the guest house on their property, Ridge took major issue with this decision, believing the move would hinder a reconciliation between Liam and Steffy. Ridge assured his heartbroken daughter that he would always be in her corner, even as Steffy feared Hope would steal her man! 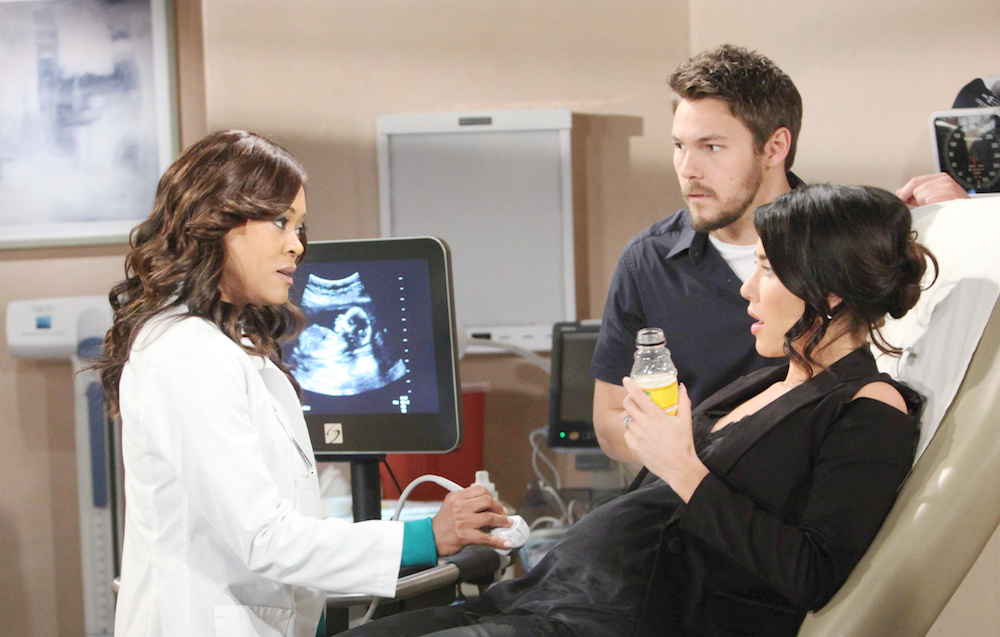 During a tense moment with both Hope and Steffy, Liam found himself debating whether he ought to stay with the blonde or accompany his pregnant ex to her second ultrasound appointment. He ultimately chose to accompany Steffy to the hospital, where Dr. Phillips gave the parents-to-be some startling news about their unborn child! The couple comforted one another after the scare at the doctor’s office. Needless to say, it was a bonding moment.

Wyatt and Katie Tried to Fake Bill Out

Katie revealed to Brooke that she and Wyatt had broken off their engagement rather than incur Bill’s wrath. Wyatt had a similar conversation with his father. Of course, what Wyatt and Katie did not reveal was that they were still secretly involved with one another! Bill gave Wyatt a glimpse into his thinking regarding the succession of the company. In the course of the conversation, Wyatt innocently provided Bill with some information that he fully intended to use to his advantage!