Life-changing decisions need to be made in these spoilers from THE BOLD & THE BEAUTIFUL!

Despite Brooke returning to Bill and even accepting his marriage proposal, Ridge refuses to give up on the love he still believes they share together. “I’m not guilty of loving Quinn,” he promises. “Because I don’t. I love you.” But are his heartfelt words enough to make Brooke overlook the fact that as he was preparing to marry her in Australia, he was kissing another woman? (Probably not!)

Over at Spencer, Bill is reveling in his engagement to Brooke, but is still desperate to find out why she dumped Ridge before they even got to the altar! “Whatever happened,” he declares, “it had to be pretty significant for Brooke to call off the wedding the day before?” How far will Bill go to uncover the truth about what happened between Ridge and Brooke?

MUST SEE: B&B Alum Kristolyn Lloyd Joins Her Castmates in a Powerful Performance From Their Hit Broadway Show! 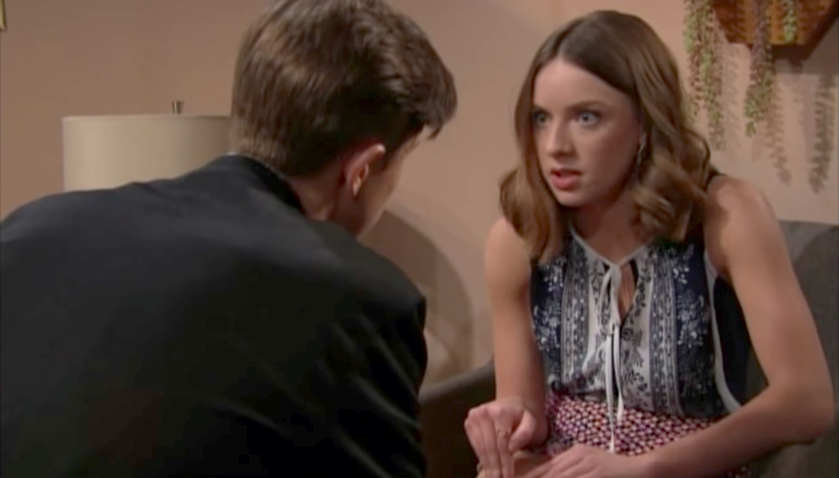 Coco was more than willing to help R.J. and the rest of the Forrester family in their lawsuit against Spectra Fashions for stealing their designs, but balked when she learned her testimony could put her sister in prison for 15 years! “If I sign an affidavit saying that she planted cameras on me and spied on Forrester,” Coco worries, “it will ruin Sally’s life.” Is there anything R.J. can say to convince her to help?

B&B’s Sally Spectra — Her Past, Present, and Future!