Wedding plans could be headed for disaster in these spoilers from THE BOLD & THE BEAUTIFUL!

Celebrating Ridge and Brooke’s plans to tie the knot in Australia, Eric is happy that his wife, Quinn, is being included. “You know, what you said earlier about Ridge and Quinn?” he remarks, “I think you’re right. They have a lot more in common than they realize.” And in the kitchen, Pam admits, “I’m just beginning to think, you know, maybe Quinn is one-hundred percent committed to Eric.”

However, even as people are beginning to think that Quinn and Eric’s relationship could be the real thing and that Ridge is about to make Brooke is wife once more, Ridge and Quinn are alone again and unable to resist their feelings for each other! As the pair launch into another passionate kiss, what will become of their other relationships? 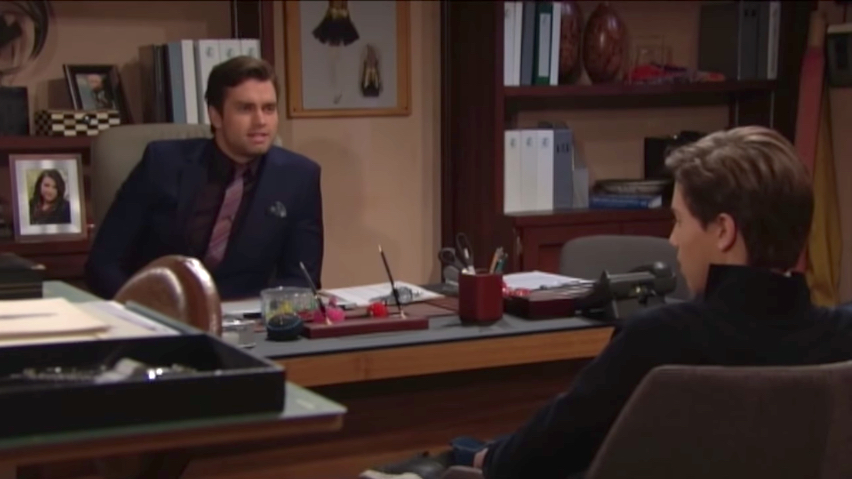 MUST SEE: Win a Puerto Rican Getaway for Two!

Having interviewed some candidates for the new internship at Forrester Creations, Thomas is convinced that Coco could be just the person they’re looking for, even if she is a Spectra. “She’s mart, she’s fun, she’s enthusiastic,” he tells R.J. “You know, I really think she’d be a good fit here.” While Thomas may want to make Sally happy for his own reasons, R.J. isn’t about to argue, seeing as how he’s rather smitten with the youngest Spectra! But will they regret hiring Coco when Sally begins using her younger sister as a spy stealing Forrester secrets?

Check out this tease for today’s scandalous episode, and for more B&B previews, keep reading the CBS edition of Soaps In Depth magazine!