In the aftermath of the Spectra building demolition, Bill must face the music. But in these spoilers from THE BOLD & THE BEAUTIFUL, he’s going to have a lot of apologizing to do… and his victims may not be in a very forgiving mood!

Horrified that he’d set off the explosives while Liam and Sally were still inside the building, Bill would stop at nothing until he’d searched through the rubble to find them. But now that they have been found alive and brought to the hospital, Bill has a lot to answer for! “As God is my witness, I was told you were out of the building!” he insists. But will either Liam or Sally be able to forgive Dollar Bill for wanting to destroy Spectra so badly that he didn’t care who got hurt? Shirley certainly doesn’t seem like she’s going to get past it anytime soon! “We. Don’t. Want. Your. Help,” she declares angrily. But can Spectra rebuild on its own? 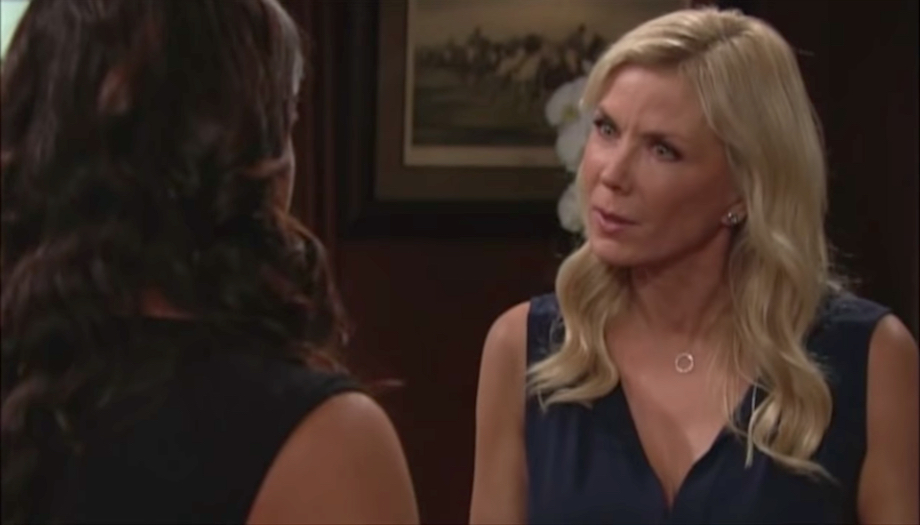 Brooke really shouldn’t be surprised by anything Bill does anymore! (Photo Credit: CBS)

Over at the Forrester offices, Katie fills her sister in on the latest news. Brooke left Bill after finding out that he’d arranged for the arson that nearly put Spectra out of business, so learning that he’d nearly killed Liam and Sally in his race to demolish their building is really just icing on the proverbial cake! “Why does Bill have to want everything right now?” she wonders to Katie. Um, Brooke? Have you met Bill Spencer? At any rate, Bill’s latest disaster isn’t going to help him win Brooke back. In fact, it may just have destroyed any feelings she has for him forever!

Go Behind the Scenes at B&B’s Explosive Spectra Demolition