Bill isn’t satisfied with just having Brooke back in these spoilers from THE BOLD & THE BEAUTIFUL, he wants to know what really went wrong between her and Ridge!

In her office at Forrester, Brooke promises Katie that she’s not going to take Ridge back no matter how much he begs. “There is no way I am going to overlook what Quinn and Ridge did.” Katie smiles and adds, “Especially since you can’t be sure that it won’t happen again.” And we’re sure if Katie sees anything untoward happening between Ridge and Quinn, Brooke will be the first person she runs and tells!

Later, Bill holds Brooke tightly in his arms and says, “Even when you were about to get married in Australia, deep down, I just believed, “It ain’t gonna happen.’” But how much will Bill press Brooke for the truth about what really caused her to break off her engagement to Ridge?

MUST SEE: Exclusive Pics From Inside the Daytime Emmy Nominee Reception! 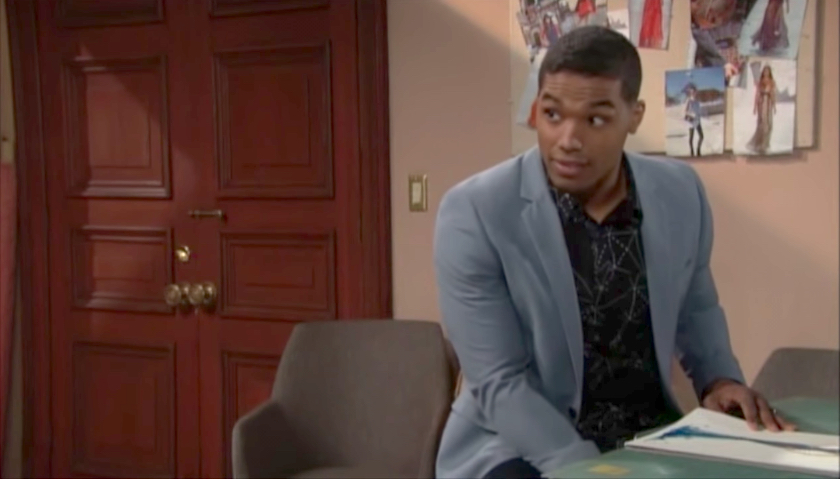 MUST SEE: The Best Dressed Men at the 2017 Daytime Emmys!

With all the drama going on at Forrester with Katie suddenly being hired there and Spectra Fashions stealing the company’s designs, Zende is eager to distance himself from the family to a certain extent. “As much as we all want to say I’m a Forrester,” he reminds, “I’m not like them.” But even though Zende was adopted by Tony and Kristen, he’s fit in pretty well — It’s just like a Forrester to cheat on his lover with her sister!

The Hottest Red Carpet Fashions at the 2017 Daytime Emmys