Bill claims he wants to save his marriage in these spoilers from THE BOLD & THE BEAUTIFUL, but actions speak louder than words. And while Quinn and Eric’s marriage may seem like it’s on solid ground again, Sheila knows just the push to give them to drive them apart again!

During the time he’s spent recently with Steffy, Bill has been reminded of some of their steamy past encounters. And while it would seem that he might act on those feelings to take revenge against his son by stealing Liam’s wife, Bill is instead telling Justin he wants to repair his marriage to Brooke. “The longer we’re apart,” Bill worries, “the likelier it is that we’ll stay apart. For good!” Does Bill genuinely want to stay with Brooke or does he want to try and have both women? Because that could definitely be a problem! 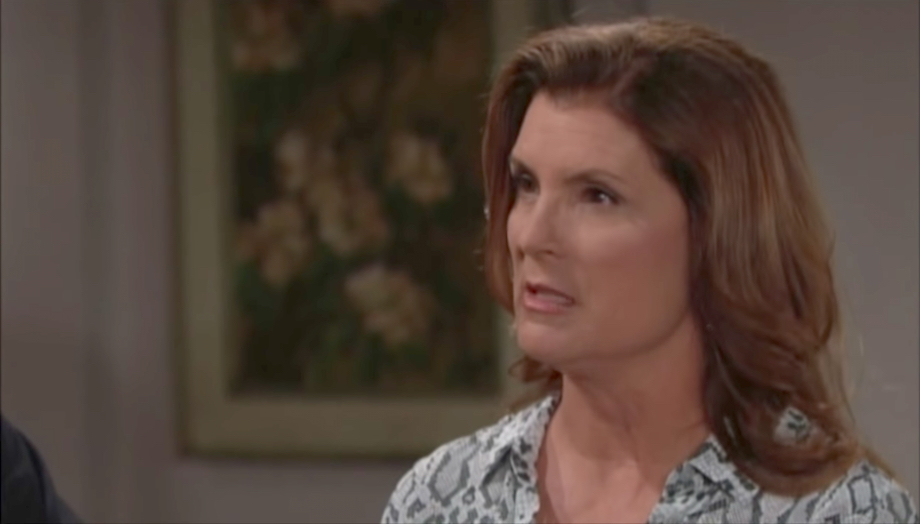 Sheila will not be stopped! (Photo Credit: CBS)

Quinn and Eric are happier than ever, even as Mateo begins his plan to seduce her away from her husband on Sheila’s orders. But over at Sheila’s hotel room, Charlie is trying to put a stop to the villain’s scheming. However, he clearly doesn’t know who he’s dealing with! “My portrait will hang above the mantel in the house of the man that I love,” Sheila vows. Charlie means well, but he’d better back off before Sheila makes him her next victim!