Brooke has a major decision to make in these spoilers from THE BOLD & THE BEAUTIFUL. Will she choose to give Bill a second chance? Ridge is sure hoping she won’t! And Steffy is also trying to argue Bill’s case, but she may as well be talking to a brick wall!

Brooke arrived at Bill’s to announce her decision about their future, but before she could reveal what it was, he made a heartfelt speech about their love in an attempt to win her back. “Put this ring back on your finger,” he declares. “Stay married to me.” But is that what Brooke had planned to say all along? Or has she decided that she can’t forgive Bill for his lies and nothing he can say will convince her to stay with him? Can their marriage be salvaged? Ridge, for one, is doubtful. “Brooke and Bill were never a realistic pair,” he confides to Katie. “Never.” 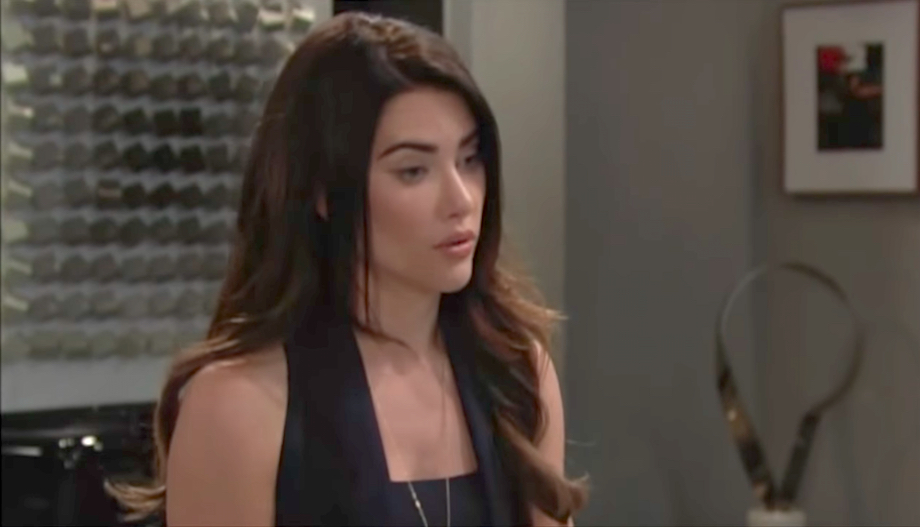 Steffy continues defending Bill but she may be fighting a losing battle! (Photo Credit: CBS)

Liam is bound and determined to take what his father built and run it the right way without all the cheating and lies, but Steffy worries that her husband’s actions are tearing the Spencer family apart. She’s been trying to play both sides and keeps trying to argue Bill’s side of things to Liam. “I’m trying to have you see his point of view,” she insists. But will Liam be willing to look at things from another perspective? Or will he demand that his wife pick a side?