Bill makes an unexpected move on Caroline’s behalf that turns Thomas’ world upside down in these spoilers from THE BOLD & THE BEAUTIFUL! Plus, Sheila digs her claws deeper into Eric and Quinn may be powerless to fight back!

Intent on helping Caroline win back Thomas, Bill decides to take a drastic step and tells the young man that Caroline is dying! “She was adamant that no one know,” he declares, taking a long pause for dramatic effect. “But given that you are Douglas’ father, I felt that you had the right to know.” Will Thomas believe the lies Bill is spinning? And how will Caroline feel when she learns what her uncle has done on her behalf? (Especially when she realizes she’ll have to go along with it!)

MUST SEE: Gilles Marini Reveals Why He Was Thrilled to Return to B&B! 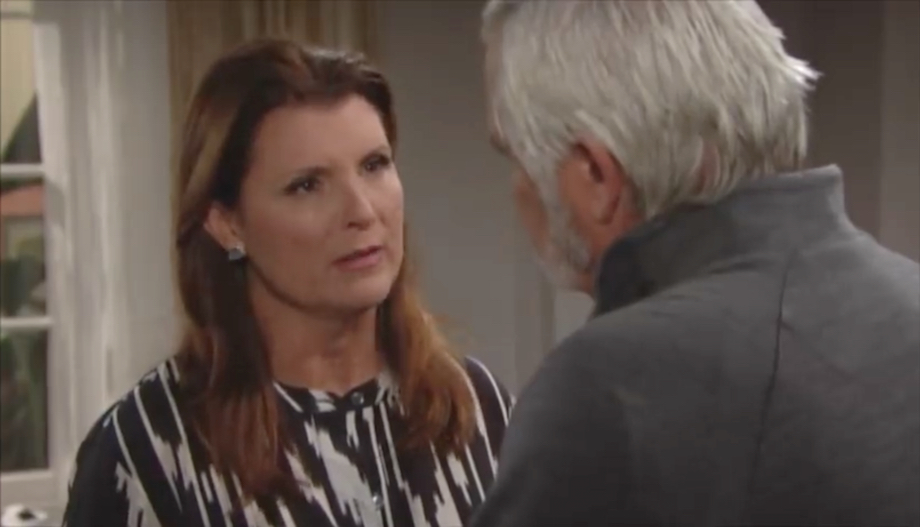 Back at the Forrester mansion, Quinn continues to wish Eric would come home to her and knows every day he’s away is another day Sheila can work her magic on her broken-hearted husband. “As vulnerable as Eric is right now,” Quinn confides to Ridge, “God only knows what she’s filling his head with.” And over at the hotel, Sheila is doing just that, trying to manipulate Eric into turning against his family. “I just think it’s important that you see Quinn and Ridge for who they really are,” she insists to Eric. But when will the Forrester patriarch come to his senses and see Sheila for who she really is?

Ian Buchanan Reveals Details of His Surprising Return to B&B!