Bill wants to take his company back from his son, and in these spoilers from THE BOLD & THE BEAUTIFUL, it looks like he may have finally succeeded! But what will he do to Liam now? And will Wyatt be able to stay out of his family drama?

Having hired a tech expert to hack into the Spencer computer system and erase any trace of the recording of his confession, Bill is confident that between that and Justin working from the inside, he will finally be able to regain control of the company. And so when he arrives at the office to confront Liam, Bill is in high spirits. “I’m me!” he happily informs his son with a wide grin. “And you’re you.” But the smile quickly fades as Dollar Bill turns threatening. “You had to know from the moment you recorded me behind my back,” he warns, “that I’d be working on this.” Has Bill succeeded in erasing every trace of his confession leaving Liam with no leverage against his father? What happens next? 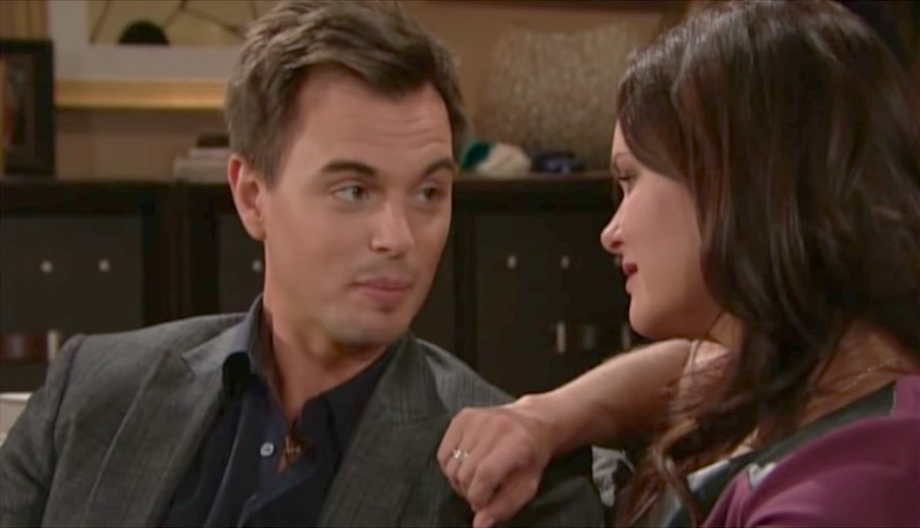 Wyatt doesn’t want anything bad to happen to his brother, but will he intervene? (Photo Credit: CBS)

Katie is worried about how far Bill is willing to go to take revenge, but Wyatt isn’t keen to get in the middle of it, knowing just how dangerous their father can be. “I don’t want Liam in charge,” he admits to Katie, “but I don’t want him hurt, either.” Not that there would be anything Wyatt could do to stop Bill, but might Katie convince him to at least try to broker peace between father and son? Or is Steffy the only one who wants to make things right between Bill and Liam?

Don’t miss this preview of today’s confrontational episode, and for more B&B previews, keep reading the CBS edition of Soaps In Depth magazine!

TODAY: Wyatt worries about what Bill will do to get revenge on Liam. #BoldandBeautiful pic.twitter.com/zwib2jH45y