Liam has leverage against Bill, and he’s going to use it in these spoilers from THE BOLD & THE BEAUTIFUL. But Liam may be out of his depth, seeing as how his father is willing to do whatever it takes to get what he wants, even if the person threatening him is family!

After Liam threatened to go to the cops to report him for arson if Bill didn’t back off of Spectra, Bill attempted to fire his son. But Liam refuses to back down, declaring that he will take over the company. “You are dangerous,” he yells at his father. “You cannot be trusted. So step down… take a leave of absence, and I’ll take it from here.” However, Bill is not about to let his own son destroy everything he has worked so hard to achieve. “I will not be blackmailed,” he shouts, “by my own son!” Since neither man seems willing to concede defeat, have they reached a stalemate? Or will this war advance to the next level? 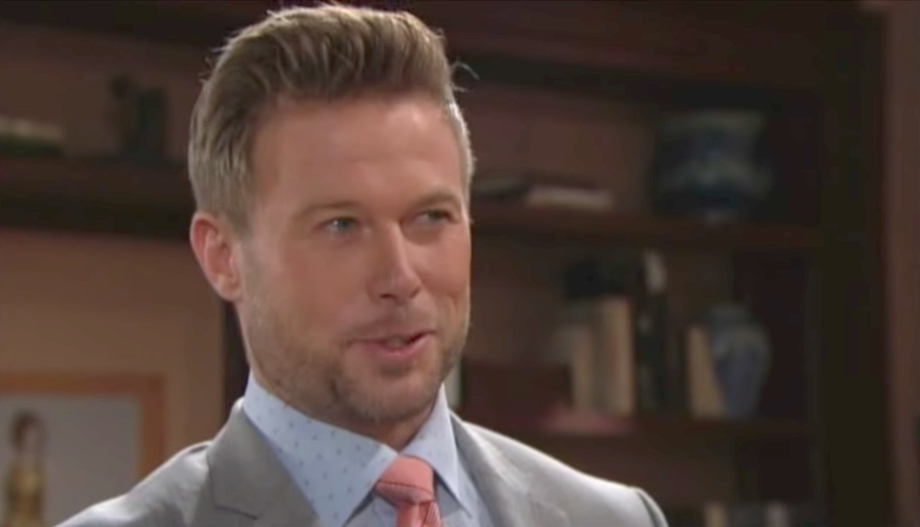 Will Rick go along with Maya’s plan? (Photo Credit: CBS)

Maya suggests sending Nicole and Zende off to the Paris office where Zende could take over as a designer, but Rick sees right through his wife’s seemingly generous plan. “This isn’t about helping Zende’s career,” he muses. “This is about shipping your sister to Europe to keep her away from our daughter.” Is Maya right to be worried about Lizzie’s connection to Nicole? And is sending her sister halfway around the world really the best solution?