Liam still has the upper hand on Bill but in these spoilers from THE BOLD & THE BEAUTIFUL, that might not be the case for very much longer. Can Steffy and Bill convince Liam to back down? Or has too much damage already been done?

Even knowing that Bill arranged for the arson that burned Spectra Fashions to the ground, Wyatt continues to take his father’s side, aghast that Liam would use this incriminating evidence as leverage to force their dad out of the family business. Bill calls Liam and asks him to destroy the recording of his confession, but Liam refuses. “Dad knows he messed up,” Liam argues into Bill’s cell phone with Liam on speaker. “I mean, haven’t you ever made a mistake, Liam?”

When their pleas fall on deaf ears, Bill grows frustrated with his son. “Will you destroy that damn recording,” he barks into the phone, “so we can start putting this family back together?” But does Liam even care about that anymore? 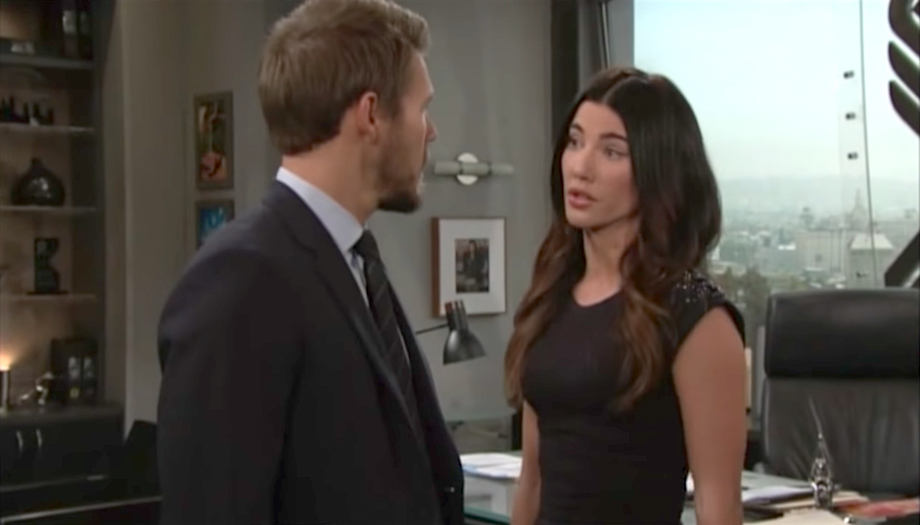 Will Liam listen to what Steffy has to say? (Photo Credit: CBS)

Meanwhile, on the other end of the line at Spencer Publications, Steffy is trying to get through to Liam herself with a little history lesson. “When we turned our backs on my grandfather and the wedding,” she reminds, “that was almost the end of the Forresters.” But will Liam consider Eric marrying Quinn to be the equivalent of Bill torching the competition? Might he agree to back down before the Spencer family is torn apart forever?

Everything You Need to Know About Bill and Steffy’s Romantic History!