It feels like Bill always gets his way, and in these spoilers from THE BOLD & THE BEAUTIFUL it looks as though he’s going to come out on top again! Is there anything anyone can do to stop him from making his plans for Skye a reality? And is Steffy right to still worry about Sally’s effect on her marriage to Liam?

With Wyatt on his side, Bill has the extra tie-breaker vote he needs to overrule Liam in any Spencer business matter, including razing the Spectra building to the ground so he can erect his beloved dream skyscraper. Liam is furious that Bill would stab Sally in the back again after all the work that he did to try and mend fences but he may as well be talking to a brick wall. “That tower — Skye,” Bill announces to Liam, “is going to be built on Spectra property.” But now that it’s two against one, Liam seems to be powerless to come to Sally’s rescue again! 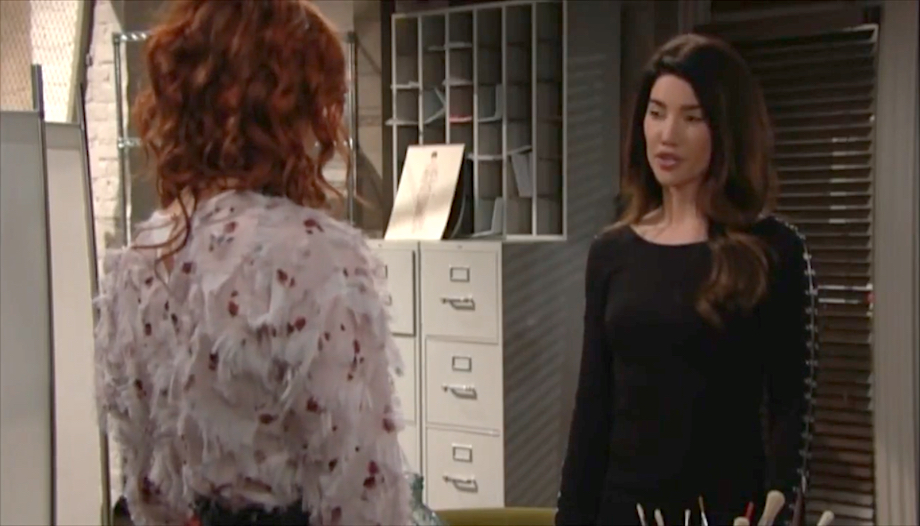 Steffy keeps telling people that she no longer views Sally as a threat to her marriage to Liam, but here she is again, paying another visit to Spectra Fashions’ offices! However, things are pretty civil as Steffy seems impressed at Sally’s behavior throughout the whole ordeal. “You’ve known about Bill’s involvement with the fire,” Steffy remarks, “and you kept it to yourself.” Thankfully, the apple fell pretty far from the tree where Bill and Liam are concerned. “Liam is the most honest man that I’ve ever met,” Sally declares. Should Steffy be genuinely concerned at Sally’s affection for her husband?

Check out this teaser for today’s episode, and for more B&B previews, keep reading the CBS edition of Soaps In Depth magazine!