The truth is coming out and forgiveness will be hard to come by in these spoilers from THE BOLD & THE BEAUTIFUL!

After confronting Bill about how he slept with Steffy and was nearly the father of her unborn child, Liam attempted to turn his back on his father and walk out of his life forever. But Bill literally tackled his son and wrestled him to the ground to get him to see the reality of his situation. Knowing full well Liam would never forgive him, Bill pleads with his son to at least forgive his wife. “You have to forgive Steffy,” he insists. “She’s carrying your child.” But is that enough to convince Liam to overlook the fact that she slept with his father and feared this baby might be his? That’s a lot to ask! 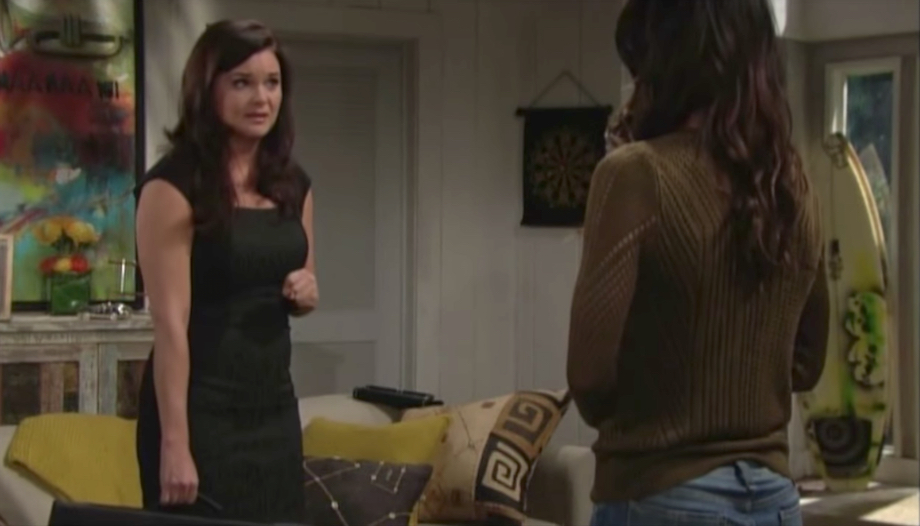 Katie is stunned when she realizes the horrible truth! (Photo Credit: CBS)

Katie went over to Liam and Steffy’s home to discuss business with Steffy, but after finding the paternity test on the table, that all went out the window as she comforted the distraught wife and soon-to-be mother. “You have forgiven him for a lot,” Katie reminds Steffy. “So maybe it’s his turn to forgive you.” But as the conversation continues, Katie begins to put two and two together and is horrified when she pieces together the awful truth. “Is the other man Bill?” she whispers, aghast.

Don’t miss this tease for another emotional episode, and for more B&B previews, keep reading the CBS edition of Soaps In Depth magazine!

B&B Fans Are Worried Liam Is Leaving the Soap!