Bill knows exactly what he wants, but in these THE BOLD & THE BEAUTIFUL spoilers, will he be able to get it? Steffy seems to have made her mind up, but perhaps she could still be persuaded to change it? Plus, Wyatt could completely destroy his father’s schemes… unless Katie can talk him out of it!

Steffy wants nothing more than to get Liam back so that they will be together when their daughter is born. But because of Bill’s lies, Liam has dumped her to marry Hope, leaving Steffy alone and heartbroken. Bill is taking advantage of her vulnerable state to try and persuade her that they are meant to be together and he will do everything in his power to protect both her and the baby. “Together, we can have it all,” he promises. But can Bill persuade Steffy to give a relationship a try? Considering the last time he took advantage of her in a vulnerable position they finally had sex for the first time, you can’t really underestimate his chances! 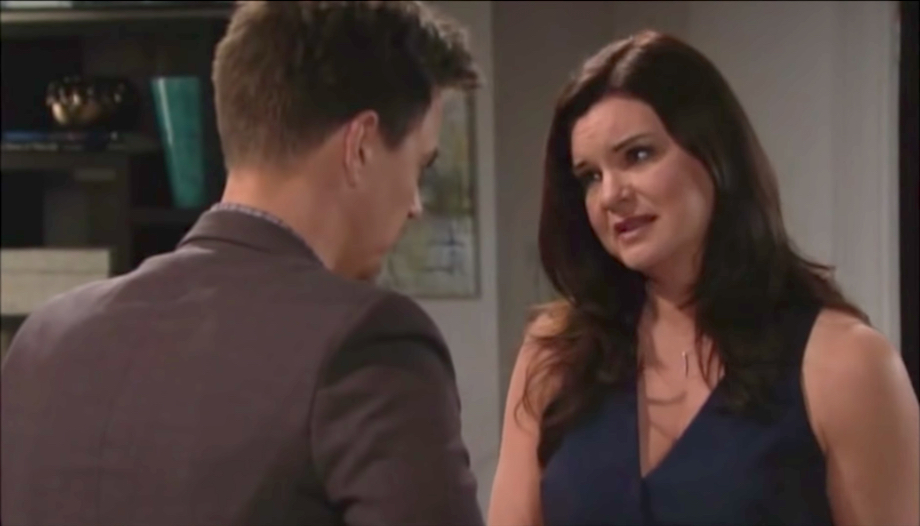 Wyatt confessed to Katie what Bill had done to make Liam think he and Steffy were still having an affair, but she actually doesn’t think Wyatt should come clean to his brother! “If you tell Liam the truth and he goes back to Steffy,” she reasons, “you’re just postponing the inevitable.” Wyatt might think Liam should be able to make the decision for himself, but Katie warns he would just be letting himself in for more heartbreak returning to his wife. “Someone who cheats once will cheat again,” she insists. Will Wyatt really keep quiet and let Liam move on with Hope not knowing the whole truth?