Taylor makes a tearful confession, but will Bill send her to prison in these spoilers from THE BOLD & THE BEAUTIFUL? And Steffy may have even more drama to deal with as Liam has a heart-to-heart with Hope about his marriage.

Steffy was absolutely floored to walk in on Bill and Taylor and learn that her mother was the one who shot him, not Liam! And even worse, Taylor had picked up the gun again looking to finish the job! “Your crazy mother showed up here threatening to shoot me again!” Bill angrily declares. Dismissing Bill and turning to Taylor for the truth of what really happened, Steffy braces herself. “The gun was in here,” Taylor confesses, her voice trembling with emotion, “and I just lost it.” But if Bill decides to press charges against Taylor for attempted murder, is there anything Steffy can say or do to talk him out of it? 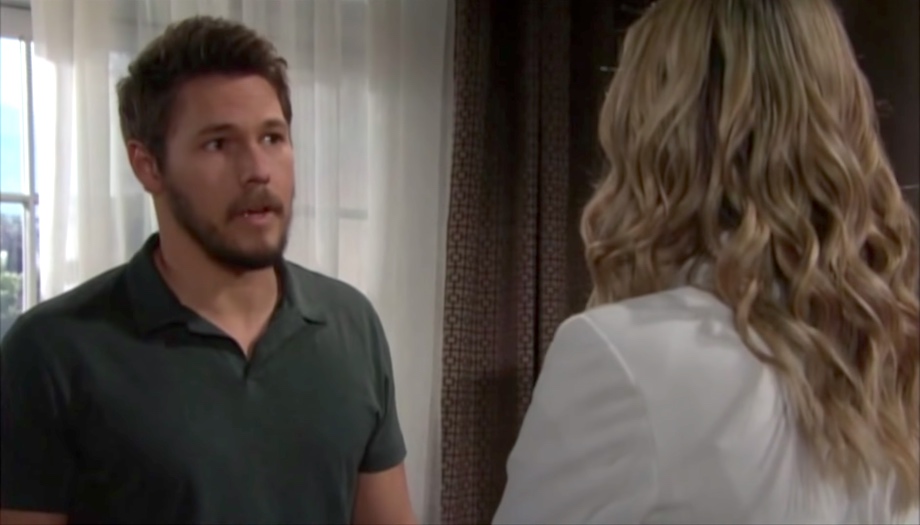 Liam has some explaining to do. (Photo Credit: CBS)

Hope has confessed her feelings to Liam, and he has responded in kind, even making out with the blonde, but the fact of the matter is, he’s not technically available. To say his relationship status is “complicated” would be an understatement! “For now she’s still my wife, and she is carrying my child,” Liam admits to Hope. “And… she needs to know what I’m capable of.” But is he considering staying with Steffy after all, or does Hope still have a chance of winning him back?

Vote for Who You Think Should Win Daytime Emmys This Year