Bill has big plans for Spencer Publications in these spoilers from THE BOLD & THE BEAUTIFUL! But are his sons on the same page? And don’t forget, there’s still a Spectra out there who could potentially cause some trouble for them, especially on the personal front!

Having regained control of Spencer from Liam, Bill opted not to take horrible revenge on his son and instead asked for his forgiveness. And now he’s summoned both Liam and Wyatt to a very important meeting. “This agreement makes us equals,” Bill informs his sons, tapping the paper on the desk in front of him. “We’re gonna run Spencer Publications together.” It sounds like a true family business, but with Bill and Liam seeing things from opposite ends of the spectrum, if it comes down to a tie-breaker vote, it’s going to fall on Wyatt to pick a side. This could get awkward! 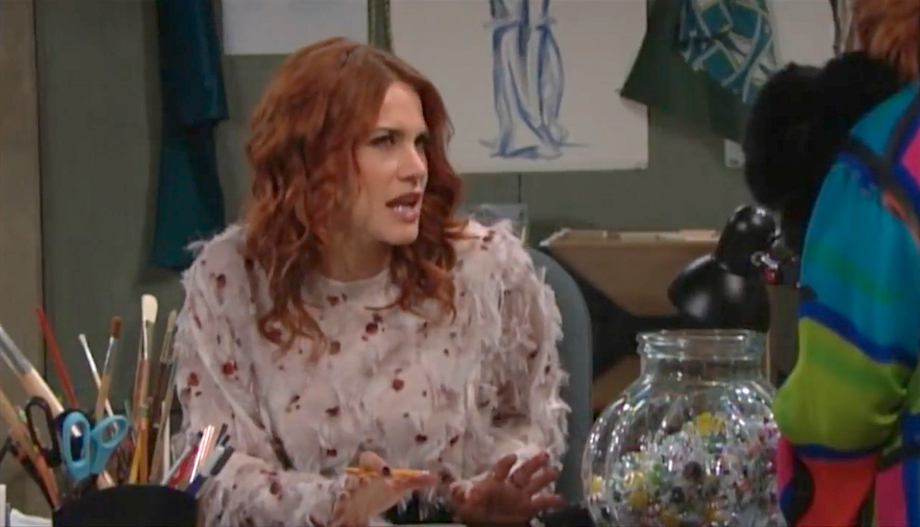 Sally insists she isn’t interested in breaking up a marriage! (Photo Credit: CBS)

Sally may be grateful to Liam for helping her get Spectra Fashions back in business, but she insists that’s where her feelings for the handsome young man end. Unfortunately, her Aunt Shirley doesn’t seem to want to give up on the idea of a Spectra joining forces with a Spencer! “I know you would love it if I had a sugar daddy,” Sally warns her aunt. “But he’s married.” Doth the lady protest too much?

Will Brooke Reunite With Bill or Ridge?