Liam has a big decision to make between the two women in his life, but in these spoilers from THE BOLD & THE BEAUTIFUL, it looks as though Bill is going to try and take that choice away from him! Plus, Wyatt and Katie are trying to keep their relationship a secret, but they’re not doing a very good job of it!

Bill was thrilled when Wyatt overheard Steffy on speakerphone asking to meet with him and thanking him for keeping their secret. Letting his son think that he’s having an affair with Steffy, Bill hopes he’ll go running to Liam with the information. “It’s not over between Steffy and me,” Bill declares haughtily. “It never will be.”

Later, Wyatt tries to distract himself from the family drama by canoodling with Katie, but she’s a little nervous. “Are you sure we should be at the office like this?” she asks, pulling away from his embrace. “I mean, what if Bill sees us?” How much longer can they really keep this relationship a secret from everyone around them? 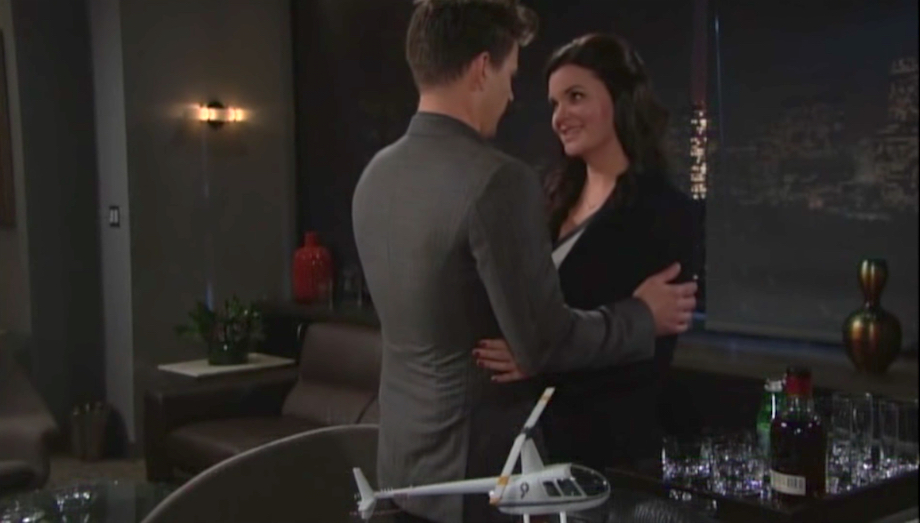 Are Katie and Wyatt playing with fire? (Photo Credit: CBS)

Hope is desperate to make a future with Liam, and she’s done everything she can to make it happen, but he’s still connected to Steffy because of the baby they’re expecting. So even though he seems to want to commit to Hope, can he really give her his whole heart? “I wish I could promise you it’s gonna be worth it in the end,” Liam admits, shaking his head as they sit before the fireplace. Will Hope agree to give it a shot anyway?

The Hottest Red Carpet Fashions From This Year’s Emmys

Who Plays Emma on B&B?