Bill was happy to learn that Steffy was pregnant, but in these spoilers from THE BOLD & THE BEAUTIFUL, he fears the child could be his own! Meanwhile, Katie warns Brooke she has to be very careful how she proceeds with Thorne and Ridge. It’s a minefield!

When Steffy revealed she was going to have a baby, Bill was thrilled by the idea of being a grandfather. That is until he came to the shocking revelation that the baby might not be Liam’s! “Look at me,” Bill demands of a visibly shaken Steffy. And when she finally does get up the nerve to turn her eyes to his, he continues: “There’s a possibility that child is mine.” Finding out that his wife cheated on him with his own father would have broken Liam’s heart, but what will it do if it turns out that the child he thought was his actually turns out to be his sibling? 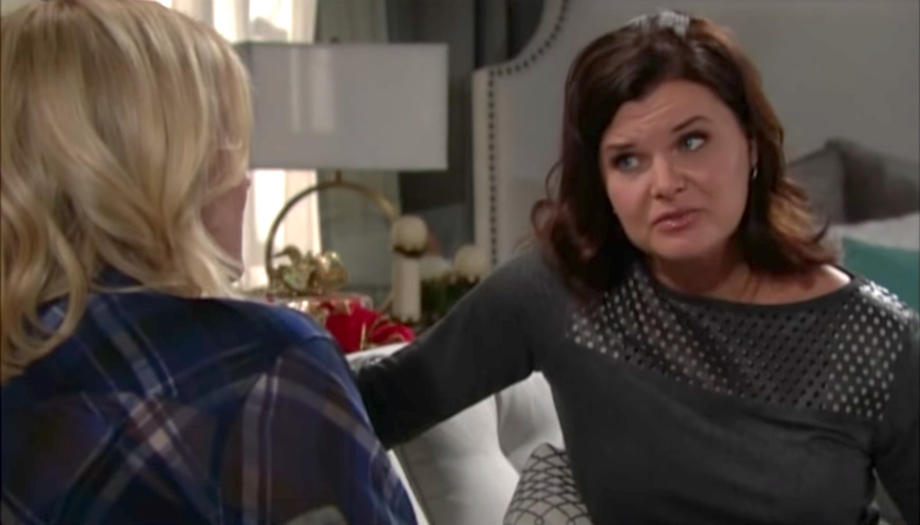 After Katie confessed to her relationship with Wyatt, Brooke gave her sister quite a talking to about being careful with this relationship, so Katie is more than happy to turn the tables on her. “You have got to be crystal clear with Thorne,” Katie cautions, “that there is no chance that you’re gonna rekindle anything with him.” You’d think that Brooke accepting Ridge’s marriage proposal would be a pretty clear signal to Thorne he’s got no chance, but then again, Thorne has come back to Los Angeles with a whole new attitude so he may not give up so easily! (And who knows — he might still have a chance with Brooke anyway!)

The Stars Reveal Their Favorite Scenes of the Year