Steffy may think things are looking up for her and Liam in these spoilers from THE BOLD & THE BEAUTIFUL, but she should probably still be a little careful around Hope. And not to mention that Bill still wants something to do with her, too!

Although a paternity test proved that Steffy’s baby was actually Liam’s, Bill still wants to be a part of the child’s life, considering it’s his granddaughter. “I know that I’m the town pariah,” he grumbles from behind his desk at the Spencer offices. “But dammit, I have a right to be a part of my granddaughter’s life!” But sitting across the desk from him, Wyatt cautions his father to be very careful how he proceeds along those lines. “I would not push that angle, Dad,” he warns. But when has Bill ever listened to anyone who told him to back off? 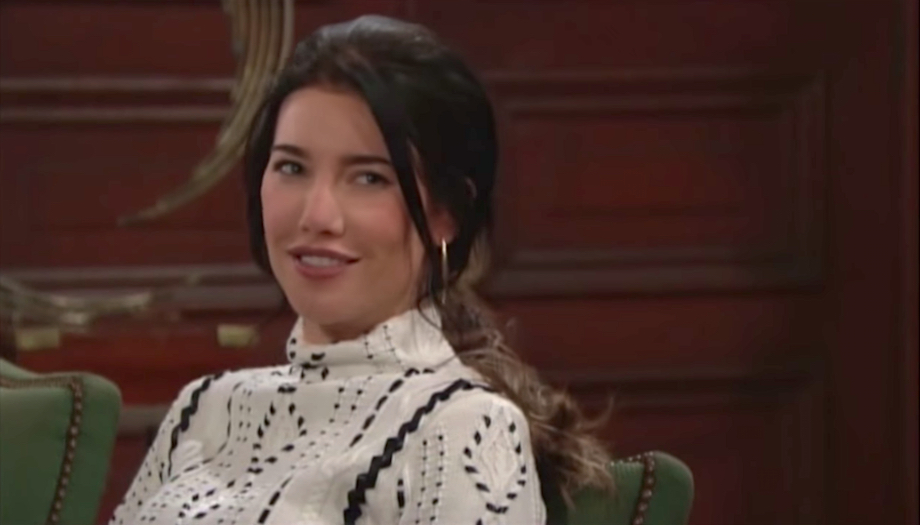 Steffy doesn’t think she has anything to worry about. Famous last words! (Photo Credit: CBS)

After Liam attended the first sonogram appointment with her, Steffy is now feeling a little more confident that their baby will be what brings them back together and gets him to forgive her for sleeping with his father. In fact, she’s so grateful to Hope for helping bring about their reunion that she doesn’t suspect an ulterior motive! “I really don’t think Hope has anything to gain from helping me stay in my marriage,” she insists with a grin. But is Hope as genuine as she appears, or should Steffy be keeping a closer eye on her former rival for Liam’s affections?