Steffy wants to confess to Liam but Bill is desperate to keep her quiet in these spoilers from THE BOLD & THE BEAUTIFUL. Meanwhile, Sally has no trouble opening her heart, but will it get her anywhere with Liam? (She’ll probably have a shot if Bill can’t convince Steffy to keep her mouth shut!)

Bill can’t stop thinking about his steamy one-night stand with Steffy because it was so hot, but she can’t stop obsessing over it because she feels it was a terrible mistake and is consumed with guilt over it. But realizing that she wants to tell Liam how she betrayed him with his own father to clear her conscience, Bill is quick to put a stop to her plans. “Nothing good will come from Liam knowing about that night,” he cautions Steffy. But just how far will Bill go in order to keep her quiet? 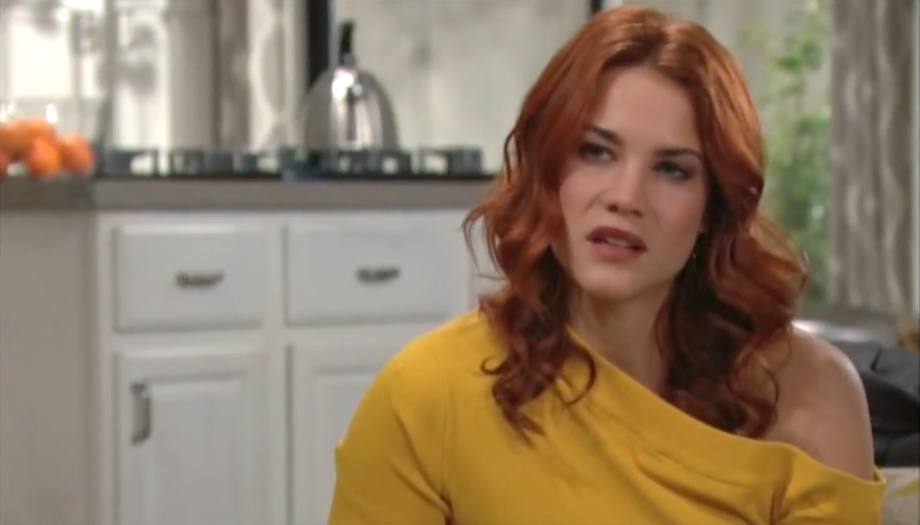 Sally doesn’t want to cause problems for Liam, but she wants to have a conversation with the guy to see where things stand between them. And she’s happy to learn that the kiss that she and Liam shared in the rubble of the Spectra building didn’t destroy his marriage. “I just really don’t like when people break things and walk away,” Sally confides.

Meanwhile, back at Sally’s place, Coco and Darlita discuss whether or not the redhead has a chance with Liam over a game of cards. “If Steffy was gone,” Darlita points out, “Liam would be magnetically drawn to the woman who shares his demolition dust.” And with the truth about her indiscretion with Bill threatening to tear them apart, Steffy may not be in Liam’s life very much longer!

The Torrid History of Bill and Steffy on B&B!