Bill has recovered from his near-death experience, and is back in control in these spoilers from THE BOLD & THE BEAUTIFUL. But how far will he go to demonstrate the power he holds over Wyatt and Katie?

When Bill returned to his office at Spencer Publications, he was surprised to see how well Wyatt had settled in at his desk. But now he’s back in his chair and taking charge. Wyatt would love to have his father’s blessing for his marriage to Katie, but it’s beginning to look like almost being murdered didn’t change Bill’s perspective on things as much as he’s claimed it has! “If you play it smart and do what I’m asking,” Bill announces, “one day you’ll inherit this entire company.” But if asked to choose between Katie or the family business, which will Wyatt pick? 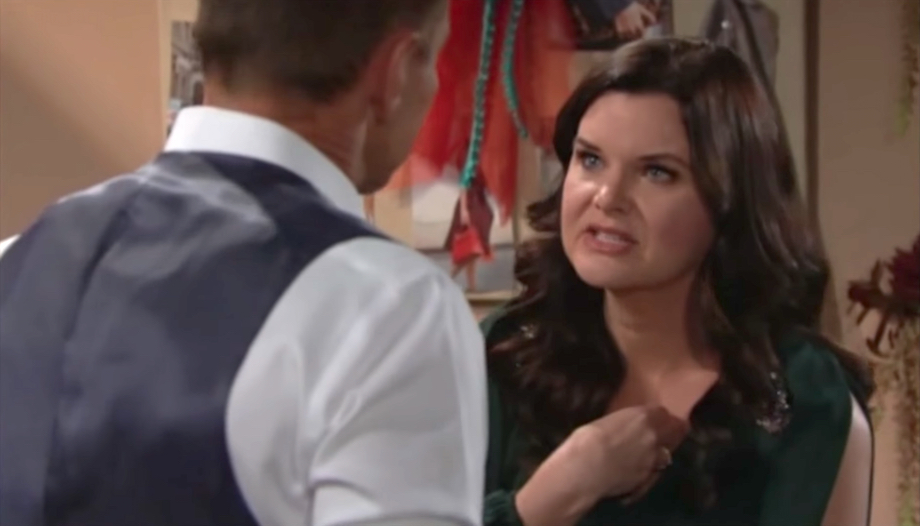 Back at Forrester, Thorne is clearly still sweet on Katie, wondering if she really wants to risk everything by marrying Wyatt. But with Bill threatening to take custody of their son if she pursues a future with Wyatt, Katie has had just about enough of being pushed around. “He shouldn’t be able to dictate to me who I love,” she angrily protests, “and who I spend my life with.” But does she have the leverage to stand up to Bill and come away with both Wyatt and her son, Will?

Bill and Steffy’s Torrid Past Revealed!