The truth has finally been exposed, and the fallout is going to be epic in these spoilers from THE BOLD & THE BEAUTIFUL!

Brooke was stunned when she witnessed Ridge kissing another woman on the beach, and quickly confronts Quinn about locking lips with her fiancé! “You’re like a disease that’s come over us one by one,” she seethes. “But that is it. Your time is done!” There’s no way that Brooke is going to marry Ridge now, but the blonde also warns Quinn that her relationship isn’t the only one that’s going to be destroyed by this affair. “I won’t have a husband tomorrow,” Brooke warns, “and neither will you.” Is there anything Quinn can do to keep Brooke from telling Eric the truth?

MUST SEE: B&B Alum Kim Matula Cast in New Comedy — Get the Details! 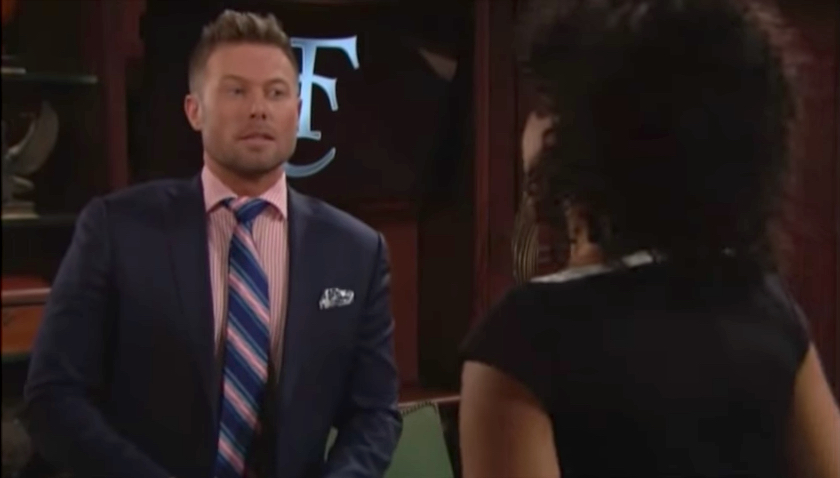 MUST SEE: The Full List of Nominees for the 2017 Daytime Emmy Awards!

Meanwhile, back in Los Angeles, Rick can’t shake the feeling that something is going to happen that will ruin his mother’s happily ever after again. “Steffy and Liam had their big day, and Brooke and Ridge are next,” Maya remarks. “How do you feel about that?” Rick admits he is still wary of his mother marrying Ridge for the umpteenth time. “You know, it’s like every time she’s on the precipice of getting something that she wants,” he sighs, “then some foreign object gets thrown in the way.” Poor Rick has no idea just how right he is!

Do not miss this tease for today’s dramatic episode, and for more B&B previews, keep reading the CBS edition of Soaps In Depth magazine!