Sheila’s grand scheme has finally blown up in her face in these spoilers from THE BOLD & THE BEAUTIFUL! And as Quinn and Eric blast Sheila for her never-ending lies and deceptions, Wyatt and Katie wonder if they can take Quinn at her word.

Eric had been trying to be nice to Sheila, but once he’d learned from Quinn the truth that she’d paid Mateo to seduce his wife, that was the end of that! Luring Sheila to the mansion under the pretense that he was upset at Quinn and wanting to thank her for always being there for him, Eric and his wife finally drop a bomb on the schemer! “I’m Mrs. Eric Forrester,” Quinn coldly reminds Sheila. “Me.” And Eric is absolutely furious at the villain for trying to claim she’d turned over a new leaf to worm her way back into their lives. “You’re still the same devious person you were all those years ago,” he declares angrily. But can Sheila be stopped quite so easily? 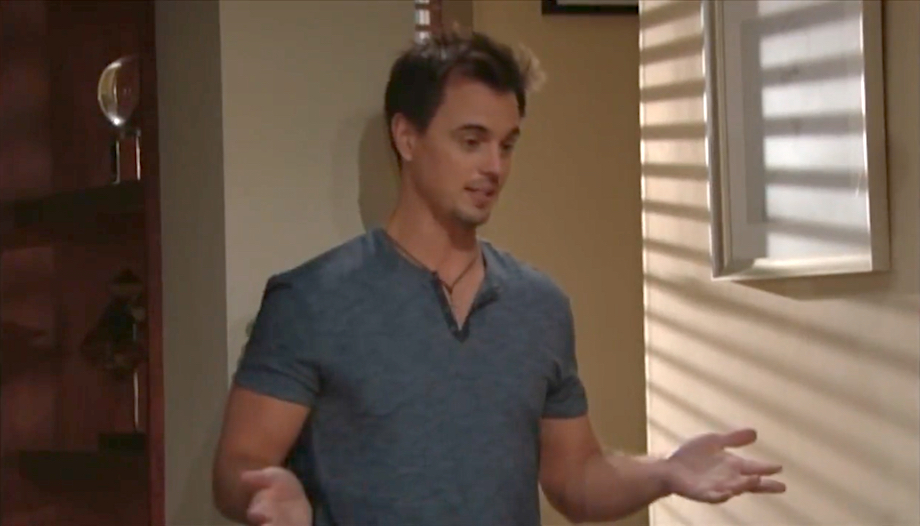 Wyatt read his mother the riot act and warned her that she would have to accept his relationship with Katie, so Quinn actually agreed to back off. “She said she didn’t like us being together,” Wyatt reports back to Katie. “But, she was going to try and accept it.” He doesn’t exactly sound as though he believes it, which isn’t likely to instill much confidence in Katie, either. And once Quinn has Sheila out of her hair, she’ll have much more time to meddle in her son’s love life, so things could get worse for Katie and Wyatt before they get better!