The rivalry between Ridge and Thorne is threatening to tear the Forresters apart and Eric is determined to put a stop to it in these spoilers from THE BOLD & THE BEAUTIFUL! And Steffy continues to insist that she loves only Liam… but is she just trying to convince herself?

Since Thorne returned to Los Angeles, he and Ridge have been at each others’ throats, and Brooke has found herself caught in the middle of the sibling rivalry as she failed to make peace. So now Eric is having a go at stopping the war between his sons. The thing is, as Thorne is often quick to remind people, Ridge isn’t technically Eric’s son — and he also seduced his wife, Quinn! “There it is,” Thorne grumbles when his father brings up his relationship with Ridge. “The elephant in the room that’s gotta be dealt with.” But Eric holds up his hand and warns: “I want peace in this family.” Thorne shrugs and seems to agree, but he’s still not done digging. “Okay,” he declares, “but are you at peace with the way he treated you?” It doesn’t look like anyone or anything will get Ridge and Thorne on the same side! 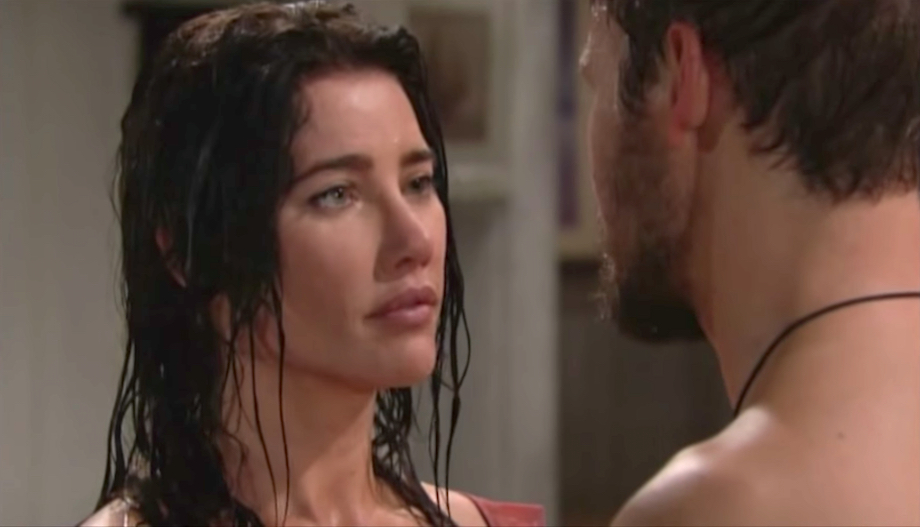 Steffy is fooling everyone but herself! (Photo Credit: CBS)

Having made the decision to put her one-night stand with Bill behind her and focus on her marriage to Liam, Steffy may actually be starting to try a little too hard. “Nothing is more important than this,” she promises her husband during a romantic moment. “And nothing will ever come close.” When will Liam start to notice that his wife is acting just a little bit too devoted to him and wonder just what is up with her? And while Steffy has vowed to steer clear of Bill, will he do the same with her?

Scott Clifton Has Been Taking the Best Selfies With B&B’s New Hope!

The Torrid History of Bill and Steffy’s Relationship

It Looks Like Jennifer Gareis Is Bringing Donna Home for the Holidays!