Now that she knows the truth that Liam left Steffy after she cheated on him with his own father, Bill, Hope pays her former rival a visit. But fans hoping for another of their catfights might want to hold off on the popcorn. Steffy is in no mood for a fight, and Hope promises she doesn’t want to rub salt in the wound and steal Liam for herself. “I am not trying to pile on,” Hope insists. “I really do want things to work out between you and Liam.” But perhaps Hope would be better off staying out of it? Later, Steffy gets another visitor, and she tells them all about Hope’s visit. “She says I have no one to blame for this disaster but myself,” Steffy sighs. (Surely Bill was at least partially responsible?) 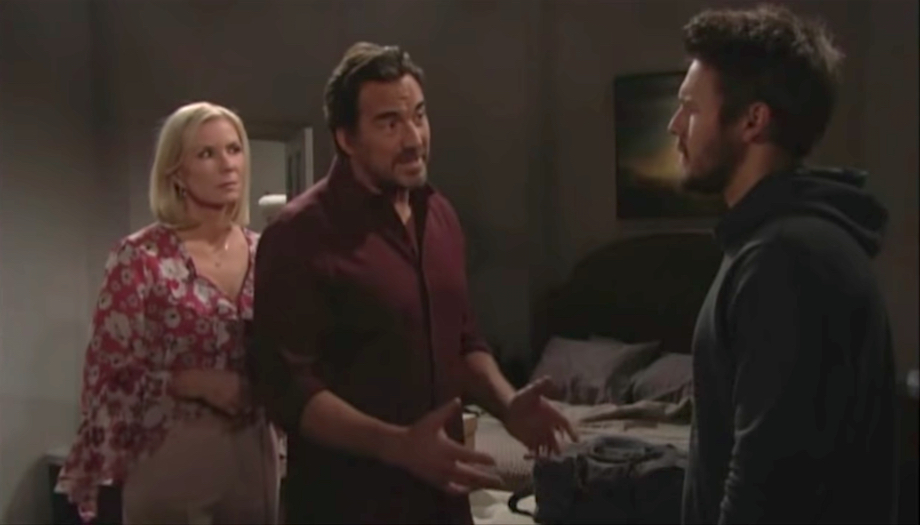 Meanwhile, Ridge is deliriously happy to be marrying Brooke for the umpteenth time and wants everyone to share in that happiness, including Steffy and Liam. So he and Brooke pay Liam a visit in his hotel room to see if they can get through to him where everyone else failed. “I’m not asking you to ignore what you’re going through,” Ridge argues. “I’m asking you to process it — with your wife.” But does Liam want anything at all to do with Steffy anymore?