Bill may be recuperating from his attempted murder, but Liam is still worried about being arrested for shooting his father in these spoilers from THE BOLD & THE BEAUTIFUL! Hope’s trying to keep Liam’s mind off his troubles, but she’s got trouble of her own with Steffy after her!

Hope is doing whatever she can think of to get Liam to think about something other than the fact that he tried to kill his own father in a fit of blind rage. But he’s not really falling for it when she asks for his opinion on her work. “You think if you can get me focused on your line,” he sighs, “it’ll take my mind off of what happened.” Bill doesn’t seem to want to accuse his own son of shooting him in the back, but Hope worries that Bill might change his mind or Liam could do something foolish like let his guilt drive him to confess himself! “If the police find out, Liam,” she reminds him, “that is attempted murder.” Can she help keep him from going to prison? 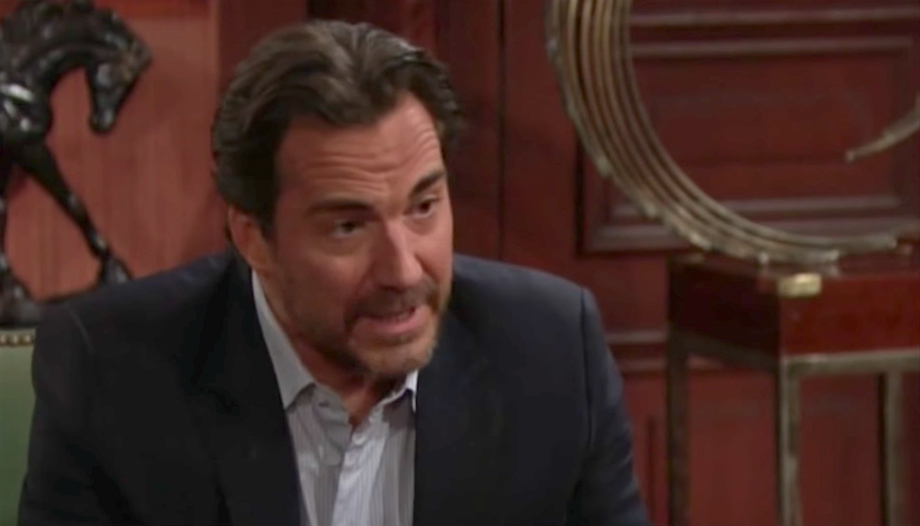 Steffy was already going to have a difficult enough time winning Liam back after sleeping with his father, so she really didn’t need Hope coming back to stick her nose into their business and start making moves to get her ex back! Ridge can see the frustration on his daughter’s face and wants to help. “If Hope did something to upset you,” he says gently, “I’ve gotta know what that was.” Will Steffy fill her dad in on her current situation and ask him for some help in freeing Liam from the blonde’s clutches?