Now that Liam and Steffy are back together, they’re making it official, but in these THE BOLD & THE BEAUTIFUL spoilers, not everybody is happy about this development. And might Sally throw herself into a new relationship without thinking again?

Once Liam returned to Steffy to be a proper family for their daughter, it was only a matter of time before they cemented their reunion by making it legal. But as the news spreads, Hope finds herself once again in the awkward position of being happy for them even when she really isn’t! “Well, no one could really be surprised that they’d remarry at this point, right?” she remarks to Brooke as casually as she can possibly manage. But Brooke assures her daughter that it’s okay to find this difficult. “A shock is a shock,” she reminds her daughter, “even if you see it coming.” And later, Hope shares her feelings with Steffy’s dad. “It feels too soon to watch my wedding day turn into hers,” she admits to Ridge. 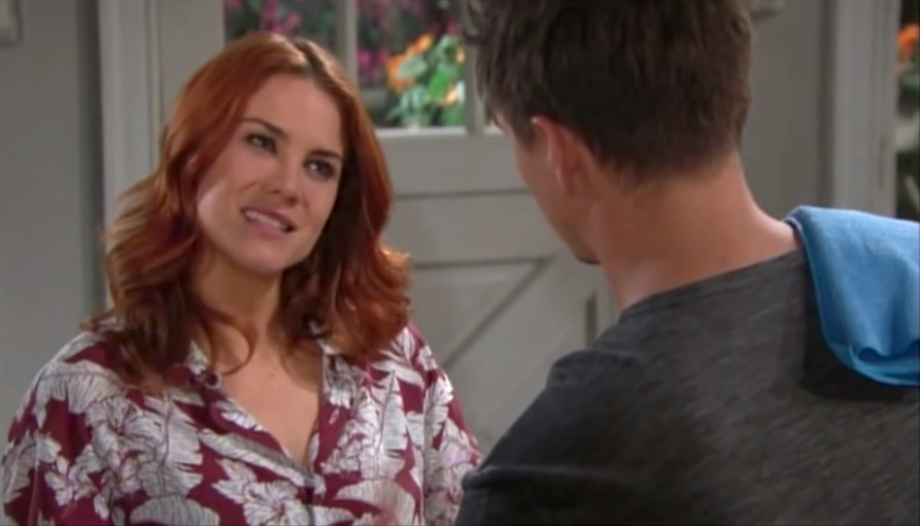 Will Sally throw caution to the wind and pursue a relationship with Wyatt? (Photo Credit: CBS)

On the rebound from Katie, Wyatt seems to have thrown himself at Sally, but she’s also just coming out of a relationship after being betrayed by Thomas, so she’s naturally cautious. But while she put the brakes on things when they looked like they were heading to bed together, she still seems drawn to him.

“A fortune cookie did once tell me that I lacked foresight,” she jokes. Are these two making a big mistake getting involved, or might they end up being the perfect match?

Check out this tease for today’s emotional episode, and for more B&B previews, keep reading the CBS edition of Soaps in Depth magazine!

Two B&B Stars Did a Blindfolded Makeup Challenge and the Results Were Hilarious!