Bill is on the rampage, and no one is safe in these spoilers from THE BOLD & THE BEAUTIFUL! As Steffy tries to broker peace between Dollar Bill and his son, Katie warns Brooke that she needs to be very careful of how she proceeds with her breakup!

Brooke fills Katie in on the latest developments in her life by announcing that she has ended her marriage to Bill. And while Bill’s recent actions (lying about Caroline dying, arranging for the arson that nearly destroyed Spectra Fashions, and assaulting Liam) certainly justify the split, Katie warns her sister to tread carefully where Bill is concerned. And she would know, having suffered through a disastrous marriage to the guy herself. “He’s a good father,” she allows, “but he can be… dangerous.” Has announcing her intention to divorce Bill made Brooke next on his hit list? 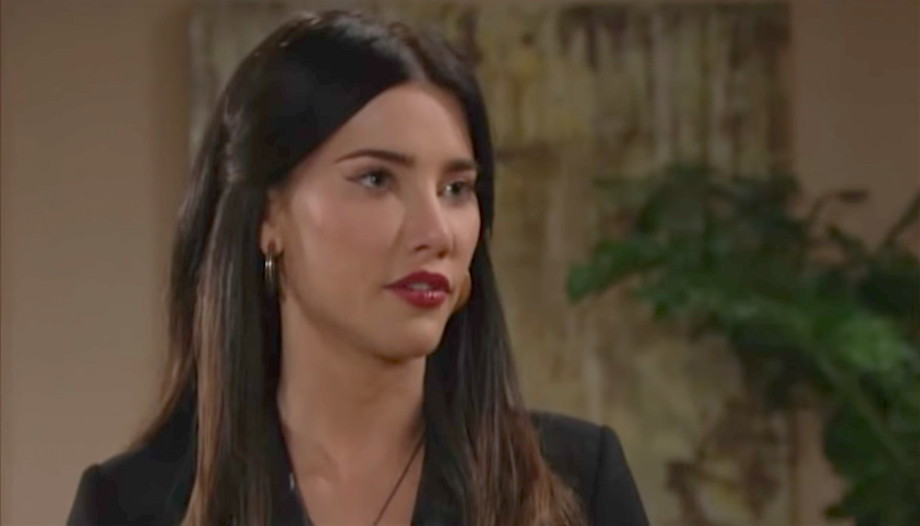 Steffy has her hands full trying to save the Spencers! (Photo Credit: CBS)

As Liam’s wife, Steffy naturally wants to defend her spouse, but she also has a connection to Bill and wants to keep him happy as well. So she’s been trying to broker peace between father and son and… it’s not going well! “I’m going to do everything I can to keep the Spencer family from destroying itself,” she vows passionately. But is she fighting a losing battle?

Linsey Godfrey Opens up About Surviving Sexual Abuse as a Teen