Bill’s scheme to steal Steffy away from Liam seems to have failed, but in these THE BOLD & THE BEAUTIFUL spoilers, he’s still ruining Wyatt and Katie’s relationship. And Maya’s cousin, Xander, arrives in Los Angeles and immediately gets off on the wrong foot!

Katie and Wyatt initially started off just having a fun little fling, but eventually the duo realized that the feelings they have for each other are real. Unfortunately, Bill did not approve of his ex-wife wanting to marry his son, and so the couple has been having to keep their relationship a secret. “I guess we forgot no strings also means no future,” Katie laments. And there doesn’t seem to be anything he can say to put her mind at ease. “Come on, Wyatt,” she cries, “how could we ever have imagined that you could be Will’s stepfather? Bill was right!” But he refuses to let her give up on their love. “Katie, we didn’t do anything wrong!” Wyatt reminds her. But can he convince her to keep fighting for their future? 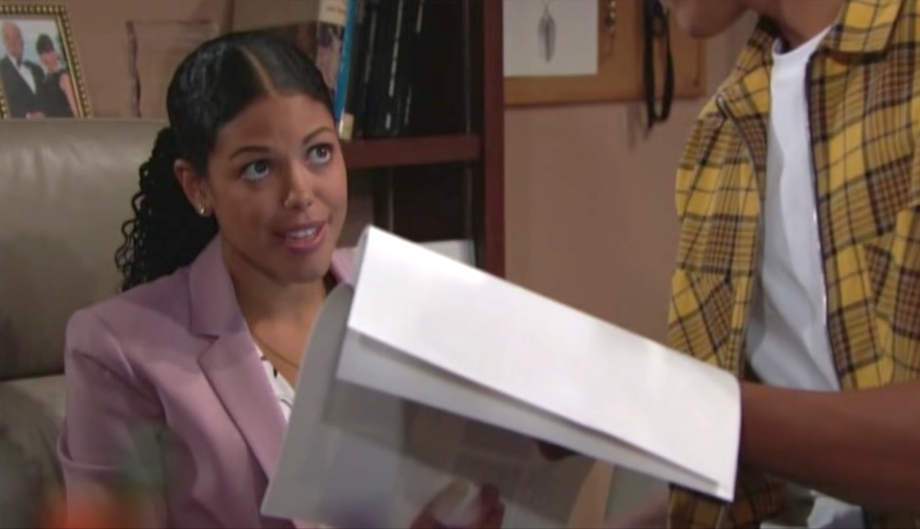 There’s a new Avant in the Forrester offices today — Julius’ nephew, Alexander (played by daytime newcomer Adain Bradley), and he’s already making the wrong impression with his cousin. “The employee directory is not a dating aid,” Maya cautions the young man as he flips through the booklet. Which Forrester staff member caught his eye? Probably their new intern, Emma, but you never know! And what brings Xander to Los Angeles in the first place?

Courtney Hope Reveals When Sally Will Be Back on B&B