Bill tries to get Liam to see sense in these spoilers from THE BOLD & THE BEAUTIFUL, but it looks like he might as well be talking to a brick wall! And Katie’s not having much luck on the other side of things as she tries to reassure Steffy that everything will work out fine!

When Bill learned that Liam was in the Spencer offices, he immediately rushed to beg his son to forgive Steffy and Wyatt had to step between father and son in case things got ugly. But now Wyatt has stepped aside to let their dad have his say. “She needs you,” Bill insists, pausing before adding, “and you need her.” But Liam doesn’t care about Steffy… or himself, really. “The one who’s gonna suffer most,” he spits at his father, “is my child.” But what does he think is best for his baby? 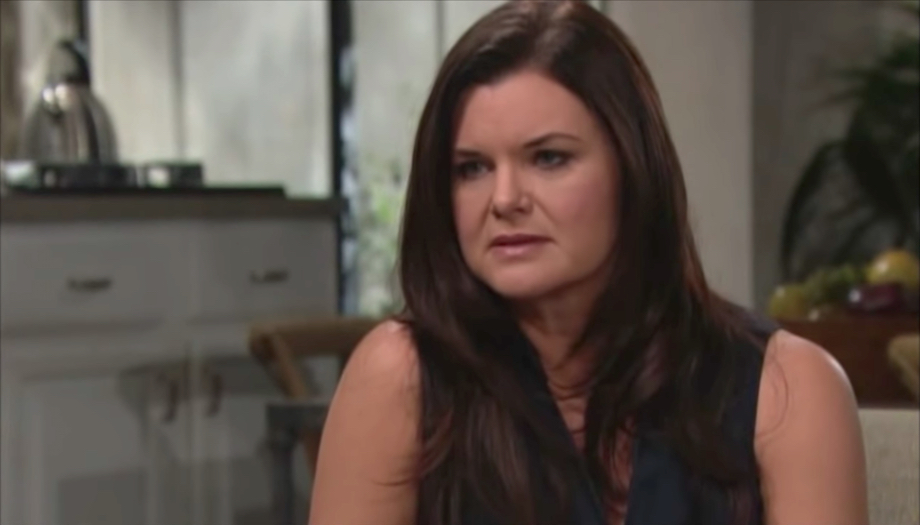 Does Katie even believe herself when she says Steffy and Liam will work it out? (Photo Credit: CBS)

Meanwhile, Katie continues to try and offer Steffy a shoulder to cry on. “I have to believe that you and Liam will be able to work through this,” she suggests. But is there any way that Liam could be convinced to take Steffy back after what she’s done? This marriage looks irreparable, but could the fact that Steffy is carrying the child that Liam always wanted be the miracle that brings them back together against all odds?

Everything You Need to Know About Hope Logan

Katherine Kelly Lang Shares Her Beauty Secret That Looks Like a Halloween Mask!

Some B&B Fans Are Worried Liam Is Leaving!